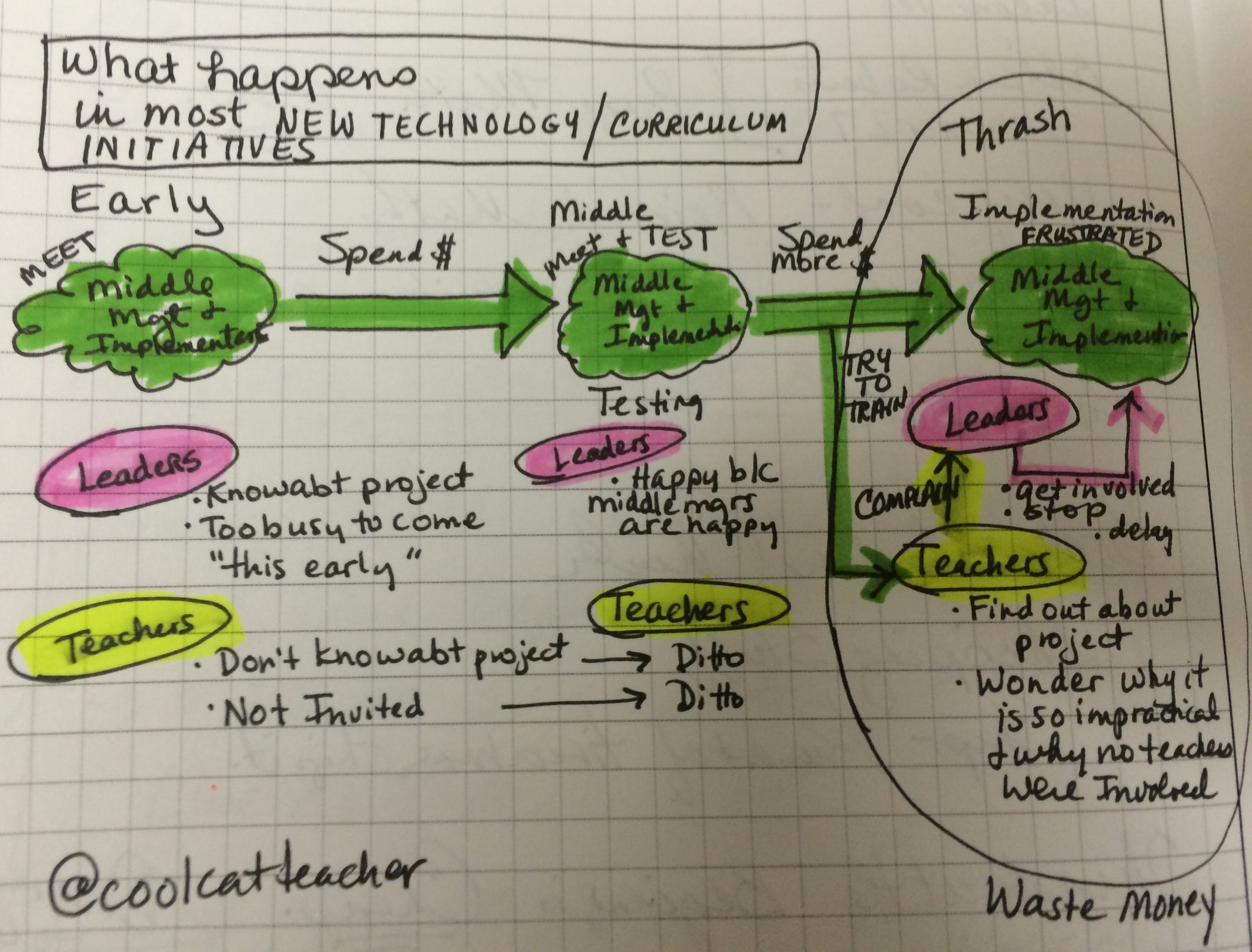 Does your organization need help being on time and on budget? There is an older video where Seth Godin talks about “shipping it”. We can all do with re-watching this video. We need more successful innovation. So many teachers have great ideas. They don't implement because they are afraid to ship. Sometimes teachers kick off a project and the first day or two don't go like they were planned and just as the students get excited… they stop it. But there are big picture issues at work here too.

Seth Godin: Quieting the Lizard Brain from 99U on Vimeo.

Now if I could get every school board, principal, superintendent and politician to listen to one concept from Seth Godin's speech (above) it would be this: THRASH EARLY.

Seth says that you should have early meetings. Have all people involved in the early meetings. He says that if key people don't come to these meetings where you hash out what will be done — have them sign a paper that says that they will have nothing to say at any point later. He did this with a boss who kept coming in the day before shipping and interjecting ONE LITTLE SUGGESTION. It isn't that the leader's suggestions aren't valid. It is when those suggestions are given that makes the difference between being on time and under budget or not.

This happens all of the time! If you want to save money — get everyone there to thrash early.

Overcoming the Fear that Keeps Us From Shipping

What we have is a lack of implementation. We have people who won't ship. We have organizations in fear who are afraid it won't work so they don't really commit. They start something and never really finish. We have busy leaders who wait until the day before something ships and decide to give feedback or pull the plug.

What Happens in Most Implementations of New Innovations in Schools

What often happens in technology or new initiative implementation: we thrash last and waste money. How many times have you seen this in schools?

For example, if I have a ship leaving out of the port of Los Angeles. One tiny turn of the rudder as that ship comes out of the harbor determines whether the ship ends up in Russia, Japan, or Australia. One tiny turn. If I get off course at the beginning, it will take many miles, much time, an a whole lot more wasted resources to change direction. 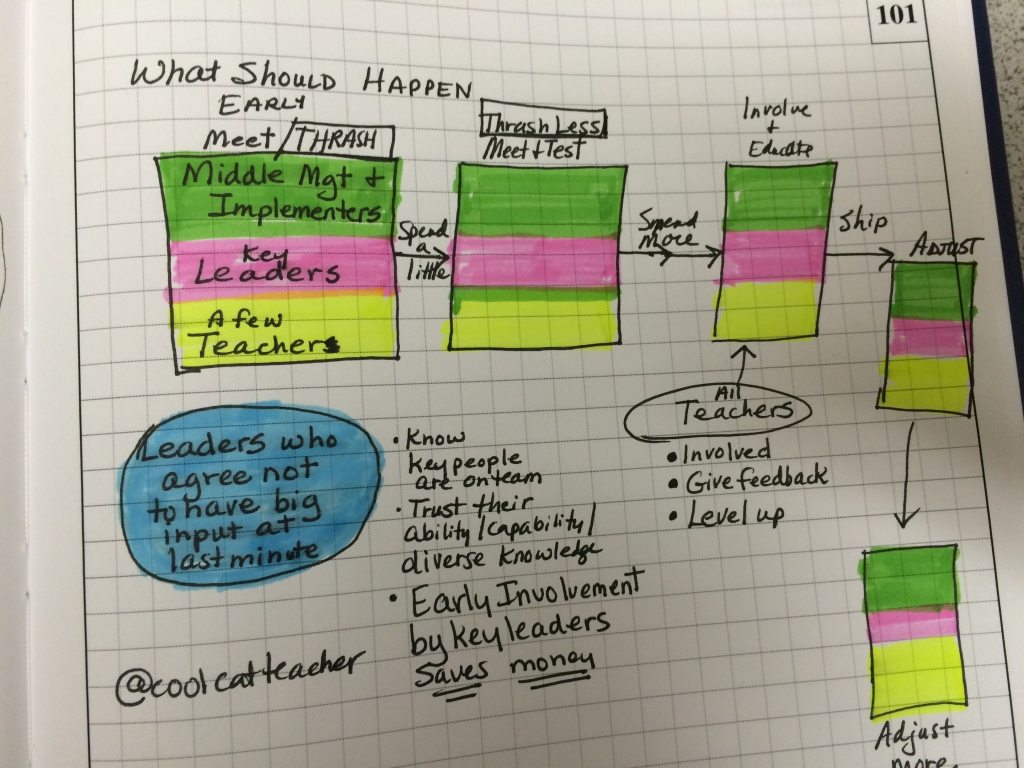 And sometimes the product is good and because it isn't “perfect” leaders will halt it. As many creatives say — even the tiniest creative process is on the continuum of creative. IF you lauch a rocket, you can tweak the navigation and change course as the rocket is flying through the air. If you launch, you can change direction as long as you're headed in the general direction it needs to go.

We need leaders involved early in the creative process. We need to keep fear at bay that keeps us from putting our work out there.

We need leadership and we need to launch. Thrash early. It pays off in the end.

All Posts »
PrevPreviousWhat are you excited about in your classroom?
NextTaking Risks to Engage Students with the @BedleyBrosNext