Jonathan Thomas-Palmer teaches physics. Students start with a zero and level up as they use videos, one on one help, and game-based mastery to master physics. 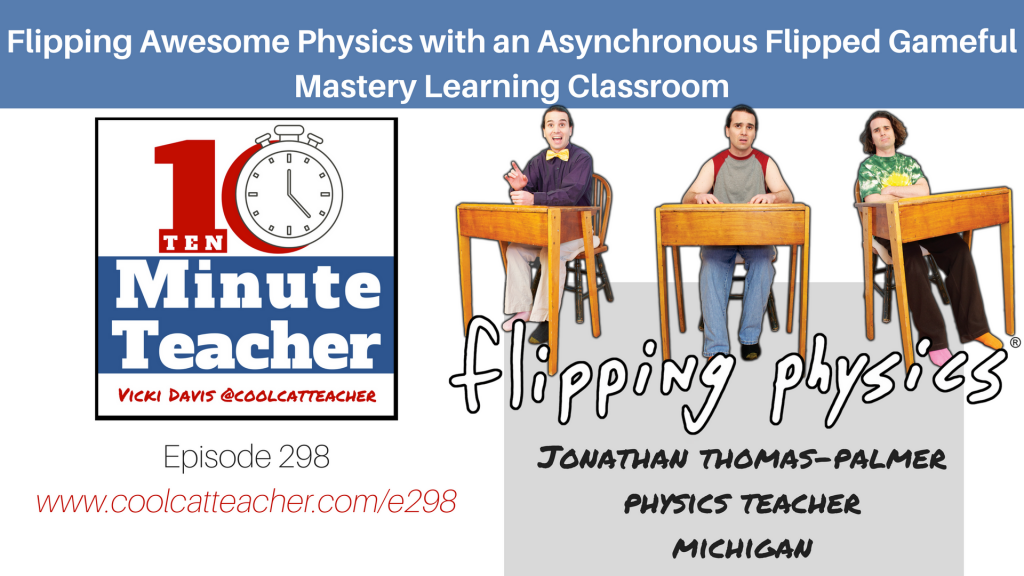 OK. Let’s break it down.

Vicki: That is a really long set of five words there.

Vicki: Help us understand. What is it?

The basic concept there is you’re taking the lectures and you’re putting those at home, and the stuff that is normally done at home is now done in class. That’s the basic idea of a flipped classroom.

One of the things I was searching for with a flipped classroom was how that was eventually going to change my classes. It took me a long time to find it.

I found it in the idea of gameful learning, so we’ll start with that piece… which is… (sigh)… (laughs)…

School is already a game. It’s basically admitting that school is a game and making it very clear to the students what the rules of the game are.

So at the start of second semester, I laid out the five or six rules of the game.

The first one is that everybody starts out with a zero… which is an entirely different way of looking at grading.

Your grade never goes down. Your grade only goes up.

This necessitates knowing every assignment that is going to be assigned for the entire semester, and providing the students with all of those assignments right at the beginning… which was one of the major challenges of this.

Vicki: Yeah! And how do you give parents a progress report…

Jon: Yeah, right so well when…

Vicki: … when you’re halfway through, and they’re only at a 50 or whatever?

Jon: Yeah, we’ll get there.

So basically they know how many points they need, in order to get what particular grade.

They have mandatory assignments, and then there are optional assignments.

There’s a recommended order to go through all the assignments in, and there are different levels. So there’s the “Work and Energy” level, the “Power and Work Due to Friction” level, the “Momentum and Impulse” level as you can imagine.

It was interesting. For the first two weeks, I would still have students ask me, “What are we doing next time?” Or, “Is it OK if I do this?”

And my answer was always, “I don’t know. What do you think, because you are now in charge of your own learning.”

This has been a challenge for some students, but really, I think, “freeing” for a lot of students, but it’s taken a little bit of time for them to understand that concept.

Vicki: OK, so Jon, I would think this would not only blow the minds of the students, but also your colleagues and maybe your administrators. Is that true?

How did your administrators and colleagues react to this?

I’ve had some conversations with colleagues, and for the most part, people are very excited about it, because it’s a very different way of looking at education.

And it’s freeing for students as well, because there are no due dates. So students get to decide when an assignment is done, and turn it in.

Vicki: But would you still have certain expectations that they have to meet.

Vicki: You’re keeping them on track, though, right?

How do you monitor student progress?

I had one student last week who was like, “Can you just tell me when things are due?” (laughs)

And I said, “No. But how about you and I sit down with all of the assignments and come up with a schedule for you?”

So we sat down. We printed out all of the assignments for the next, you know, couple levels… and decided, “OK, by Spring Break, you want to be to this point… So let’s figure out what you have to do.”

And he just needed somebody to help him figure out what his schedule was going to be.

I had other students who sat down at the very beginning when I first gave the assignment, they printed out every assignment and decided what to do and when for the entire semester. That was the first thing they did.

Vicki: Do you feel like they’re learning physics better?

Jon: Flat out, yes. I’ll start there. I’ll give one example.

We haven’t done the asynchronous. Let’s just do the flipped.

I’ll get back to your question in just a second.

I use EdPuzzle for all of my lessons…

Jon: … so I know who has watched what and when, which is awesome..

How do you track mastery?

So the mastery part is one of my favorite parts, which is that they have to get an 80% on the quiz, which comes at the end of every level in order to level up and be able to move on to the next level.

So I have a couple of kids that fit in that category. All through first semester — because I switched at second semester — they were struggling.

It’s NOT a bad thing! You know what that means?

“You get to sit with me now during the next class, and I’m going to help you make sure you understand everything that you did there.’”

And after you do quiz corrections — which they work on with me, and I make sure that they understand everything that they’re doing — if you have above an 80%, they can earn back half the points with the quiz corrections.

If you get above an 80%, you get to graduate that level and move on to the next level.

So… it’s actually been really helpful because it’s targeted those students who are really struggling,and given me more time to work with them.

Vicki: So Jon, do you have some students, though, who like to work together? And do you think they’re — you know, they’re — honest as they do that?

What do you do about students who prefer to work together?

Jon: OK, so one of the great things is that the majority of the work that they do is working together in class. So I’m with them, and constantly checking in with them, and they’re asking me questions.

They’re working together, but… OK, they’re working side by side, I’ll say. But they’re each working individually on their assignments.

Basically, because a lot of the time that they spend working on it is in class with me, I can basically make sure that they’re doing it.

Vicki: So, Jon, what’s the most shocking result of this transformation?

What’s the most shocking result of this?

Ahhhh. I would say how freeing it is for the students with their busy schedules.

Jon: He was able to do a lot of this stuff on his own. And, even though he’s not quite with the rest of the class, he’s not behind because there is no schedule. He’s just catching up right now.

Like that was shocking to me that the kids would have the foresight to say, “OK. We know we’re going to be gone. So let’s work ahead on our own, come in, ask a few questions, and then do the lab.”

Vicki: As we finish up…

If you were stuck in an elevator with a teacher who was considering this method of starting at zero and you know, gameful learning, mastery learning…

What would be your 30-second elevator pitch for why this is a great way to run your classroom?

Do you have an elevator pitch for moving to this method?

Vicki: SO!!! This is quite a mouthful.

Vicki: It is a fascinating concept, and it is truly a Wonderful Classroom Wednesday today.

I hope that we all think about it. It’s certainly something I’m fascinated with, Jon.

Thanks for sharing it with us!

Jon: Thank you, Vicki. This was a lot of fun. 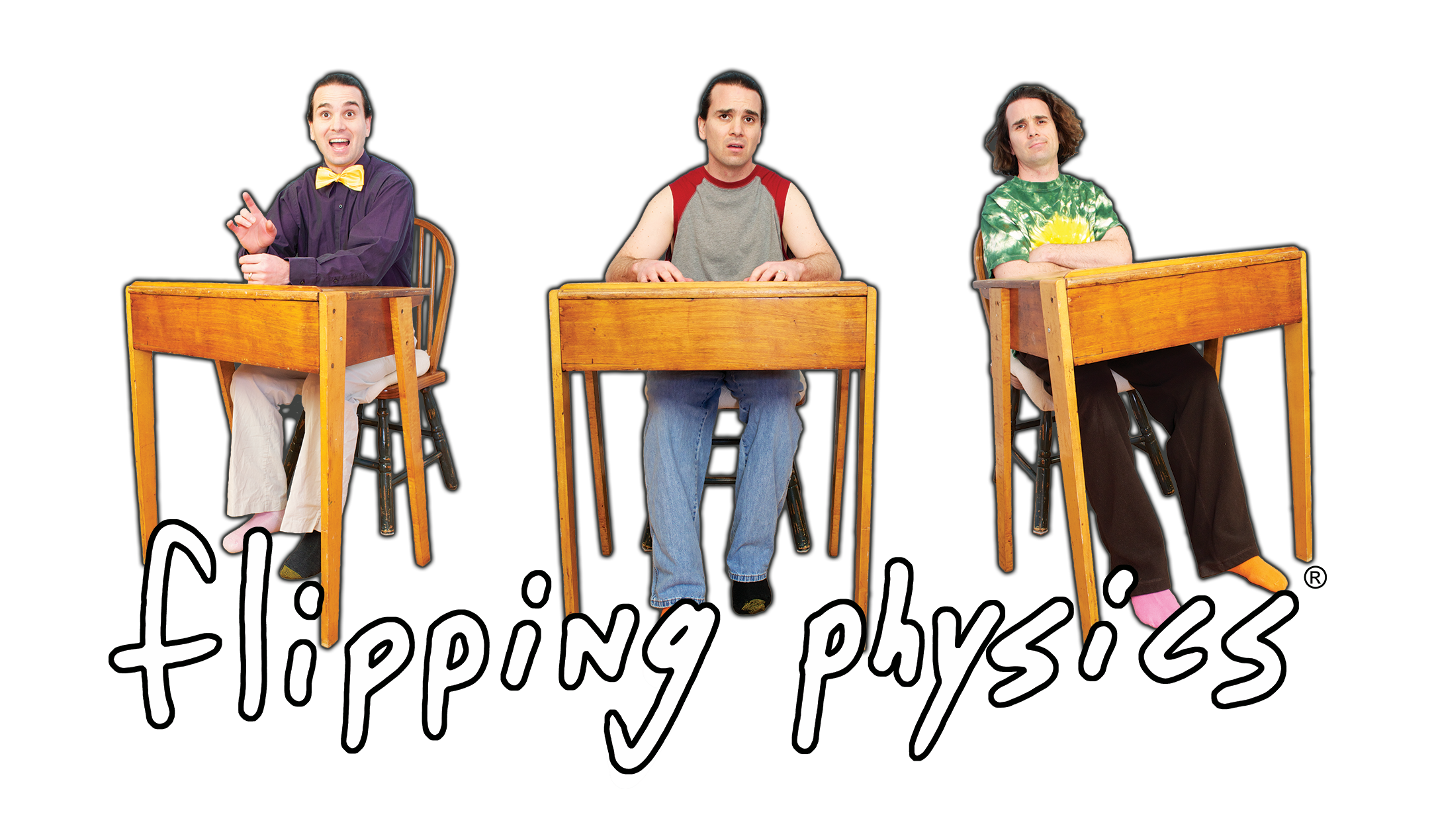 Categories: Assessment, Blended Learning and E-Learning, Classroom Management, Data Driven Instruction, Education, Game Based Learning, High School Grades 9-12 (Ages 13-18), Innovation, Science Teachers, STEM, Students, Teachers, Tech Tips, Tools, Web Tools, Wonderful Classroom Wednesday
Disclosure of Material Connection: Some of the links in the post above are “affiliate links.” This means if you click on the link and purchase the item, I will receive an affiliate commission. Regardless, I only recommend products or services I use personally and believe will add value to my readers. I am disclosing this in accordance with the Federal Trade Commission’s 16 CFR, Part 255: “Guides Concerning the Use of Endorsements and Testimonials in Advertising.”