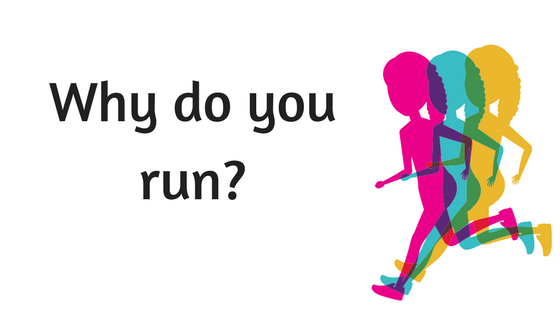 Why Do You Run? Understanding Your Motivation

Home » Inspiration » 80 Days of Excellence » Why Do You Run? Understanding Your Motivation

There's a fantastic scene in Chariots of Fire where runner Eric Liddell tells his sister,

“I believe God made me for a purpose, but he also made me fast. And when I run I feel His pleasure.”

This post is day six of 80 days of excellence. I've created an email list below for those of you want to be emailed the full posts written as part of this series.

You see, his sister didn't want him to run. She thought it was a distraction. Yet he knew he was called to run. Then, when he was at the prime of his career and could have done and had anything, he left to be a missionary in China. In fact, he could have gotten out of China to go with his wife and daughters to Canada but felt led to stay behind.

According to the documentary Eric Liddell, Champion of Conviction, He was so beloved by all in the camp that when he died, just before liberation, that everyone went to the funeral. An atheist said even though he didn't know God that he knew Jesus and he had lived in the camp and walked among the people and died the day before.

“If a Roman sculptor accidentally chipped a statue he was making, he would fill the crack with wax, which went unnoticed until hot weather melted it and the flaw was exposed. So a perfect work was one sine ceres — without wax. ‘I always think of Eric as that true statue, a sincere man in every sense,' reminisced Mitchell. Indeed, Liddell once received a letter from one of his pupils signed, ‘yours without wax.'”

So, Eric was sincere. He ran because he felt God's pleasure. He stayed in China because he believed God called him to China. He was without wax and when his family left for Canada, he did not melt and stayed in China. Certainly many today would not understand this kind of person.

Finding purpose can be a challenge. Pastor Michael Catt, author of The Power of Purpose, says on page 57,

“If you don't begin to see yourself on a mission, you're just going to be miserable for the rest of your life.”

So, here's the question for today: Why do you run?

“I don't know either but I know when you're called to something that you have to do it.”

Now, as I write and when I speak and when I teach, I feel His pleasure. When I make movies with kids. When I podcast (well maybe not editing so much, I hate editing) but when I record and post, I sure do. I know and feel God's calling on my life. And DOING that calling is some of the most joyful, exciting moments of my life. I'm in the flow and moment.

There have been mistaken years. Times when I was competing for an award or a prize of some kind. Lots of times I'd fall short. But sometimes I would win. And those “wins” are memorable. Thunderous applause. Usually tears. Kind thank you's and giving God the credit. But in the end, I felt the same the next day.

No award has ever given me lasting satisfaction of any kind. Awards on this earth are and will never enough. I have to polish and dust the award and sometimes I take them off the wall.

Knowing Your Calling is a Joy

However, for example, I knew as I prayed over my goals for this year that I was to commit to 80 days of excellence. While I still think I may just post an inspirational photo or something some days, so far, it has turned into six blog posts for the first six days.

And as I write, I feel His pleasure. But that doesn't make it easy.

And tonight I came home and asked Kip, “what am I supposed to write about excellence?” He didn't know. It wasn't his to know.

So, I went and took my big blazing hot bubble bath I take every night and read and then prayed and closed my eyes. As I closed my eyes, I saw the scene from Chariots of Fire where Eric Liddell is running and I heard the quote in my mind,

“God made me fast and when I run, I feel his pleasure.”

Sometimes It Takes Time to Know Your Calling

Finding your calling isn't easy. It is different for everyone. But for me and my beliefs, there's another quote in Chariots of Fire that summarizes how I feel about finding that calling. Eric Liddell is giving a speech the day of a race and says to the spectators,

“You came to see a race today. To see someone win. It happened to be me.

I want to compare faith to running in a race. It's hard. It requires concentration of will, energy of soul. You experience elation when the winner breaks the tape – especially if you've got a bet on it.

But how long does that last? You go home. Maybe your dinner's burnt. Maybe you haven't got a job. So who am I to say, “Believe, have faith,” in the face of life's realities?

I would like to give you something more permanent, but I can only point the way. I have no formula for winning the race. Everyone runs in her own way, or his own way. And where does the power come from, to see the race to its end? From within.

Jesus said, “Behold, the Kingdom of God is within you. If with all your hearts, you truly seek me, you shall ever surely find me.” If you commit yourself to the love of Christ, then that is how you run a straight race.”

I'd love to pretend I'm smart enough to deserve some of the accolades I've listed on the side of my blog. I'd like to think that I'm super great at something. But I'm here to tell you, that I'm one of those people Eric Liddel talks about who is “committed to the love of Christ.”

Like this very blog post, I seek God and He helps me and guides me. Oh, I am not perfect. Not by a long shot. I make mistakes every day. Sometimes I go my own way and owe people big apologies. But in the end, I know that my only purpose is to honor God with my life.

And while Eric Liddell ran, I do other things. I run my own race. You run yours.

And you, my friend, you have a race. You have a calling.

Don't know it yet? That is OK.

There's much wisdom to be found for those who seek it. There are many purposes to be found.

Life, to me, isn't about being the best. I believe that “world class” excellence is available to us all.

But to me, life is about finding our purpose and throwing everything we have at it.

For when this life is done and they play the organ at the end of my funeral and roll me out, everybody will file out but me. I won't be there. I'll be appearing before the audience of One who will give me the only prize that will ever mean anything to me. The only one that lasts. And I hope when my race here is finally done that I'll hear,

That, my friends, is why I run.

All Posts »
PrevPreviousDon’t Chase the Cat: Determining When Interruptions Are Worthwhile
NextMaker Monday: Start the Week with Creativity and PurposeNext