I live across the street from death. Truthfully, I wouldn’t have chosen to live across from the funeral home, but it was my grandparents’ house. Contrary to what you might think, a constant reminder of death can change your life in positive ways if you let it.

When we first moved in, some things surprised me about the pattern of funerals. For example, it seems that people die when the weather turns. Also, it seems there are times when people don’t like to die — when holidays happen. Frequently, they’ll die in droves after the holidays are over, though. Furthermore, the full moon also seems to have more people die, too.

But whenever they die and whatever the reason, the last time I checked, the death rate hovers around 100%. At some point, it will be my cold body over there. People will look at me and say,

“Oh, she looks so natural.”

If God lets me play a joke, I’d sit up and say,

Sometimes the funerals across the street are so big that people park in my yard. One of the only advantages I have of living here is that I don’t have to worry about parking. I’m just a step away.

Because death is often on my mind, it is now the most natural thing in the world for me to live my life fully.

People Who Die Before They Are Dead.

I’ll tell you what is unnatural: people who die before they are dead. That is what isn’t natural.

People who won’t do anything new. Individuals who stay stuck because they are afraid. People who complain about what ails them and although they know the solution, they don’t do anything about it. Too many people choose certain misery over an uncertain, but possibly better future. Most people would rather stay at a pity party than work hard and go to a victory party someday.

But back to living life. Oddly enough, sometimes realizing that death is close by helps you appreciate life more.

I heard about a man with a terminal illness. When he was diagnosed, he started doing everything he’d been meaning to do. He was spontaneous. He traveled. He did crazy and fun things.

But then, he went for another opinion. His disease was curable! When he got the news, he wept. All things considered, he didn’t want to go back to living life like he did before he thought he was dying. 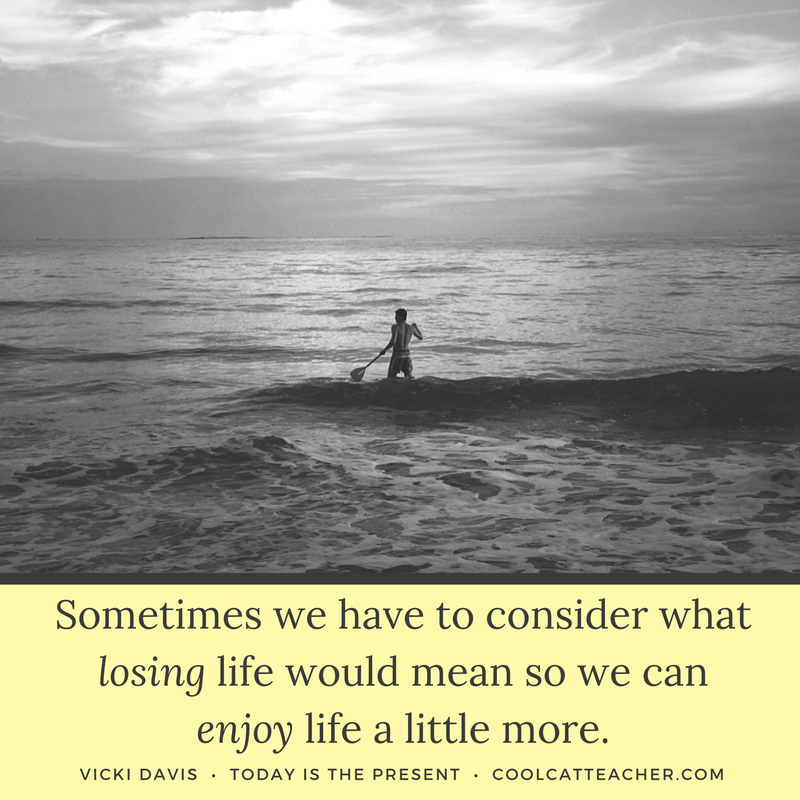 Guess what? We’re all dying.

Sometimes life is like that beach smell. You know how you go to the beach and you roll down your window and first smell THAT smell. The salty breeze. Mmmm.

Well, when we’re young, we see the wonder of life. We smell its uniqueness and joy. That is one reason kids are often so happy. They’re just happy to be here and live life. They smell how wonderful it is. It is still so new.

But have you ever noticed how after you’re at the beach for a while, you stop smelling it? We just get used to it.

If we admit the truth, we all live just across the street from death. Too many people, like the man with the terminal illness, wait to enjoy the lake until the dam is crumbling.

Today is our present.

Albert Nobel created the Nobel Prize after a French newspaper printed a lengthy obituary mistakenly thinking Albert had died when it was his brother. Not wanting to be remembered for the destructive power of dynamite, which he invented, Albert set about making a new future for us all with his now world-renowned prize. All because he thought about his death.

Occasionally, I’ve seen motivational speakers encourage the audience to write their own eulogy. They’ll ask something like,

What is it that you want people to say about you at your funeral?

Death is worth considering because life is worth living.

Be Present in Today.

However, there’s a problem with the past. We tend to exaggerate it. Roses smelled sweeter. Problems were harder. We were more beautiful, smarter, and fun than we really were. The past wasn’t all we think it was, so we should learn from it and let it go. 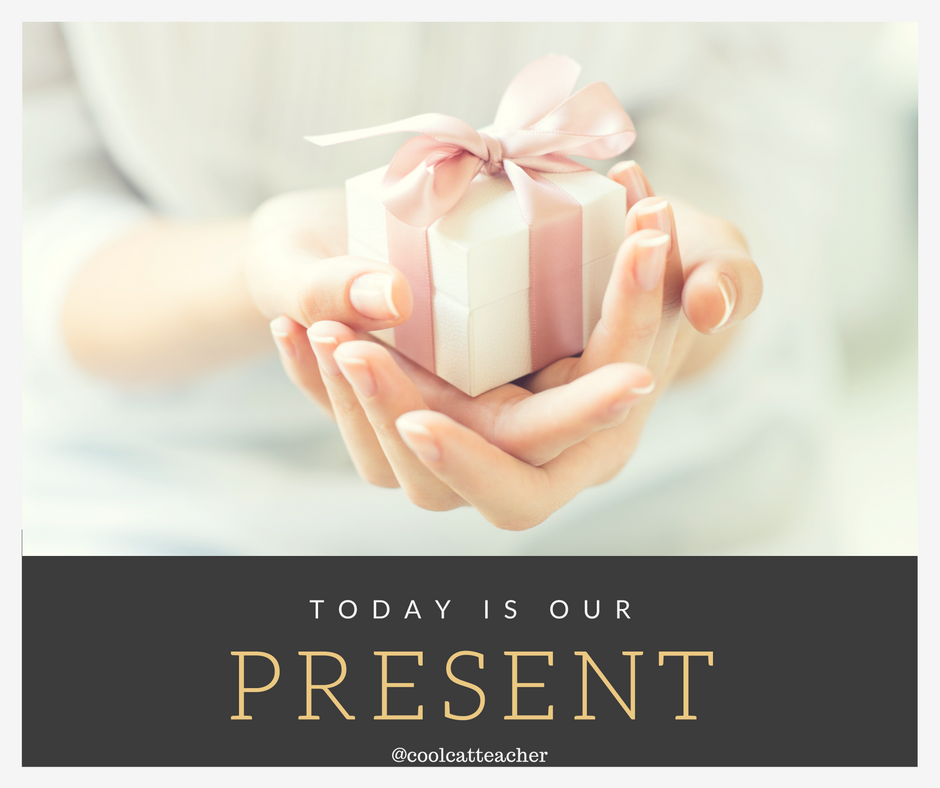 Today is our present. It is what we have to enjoy.

What Would You Do Differently?

Viktor Frankl, Nazi concentration camp survivor and psychologist, worked with suicide wards in Germany after World War 2. He had the notable distinction of not losing any one of the tens of thousands to suicide under his care. In his “logotherapy” – he had people ask themselves compelling questions.

In the morning, before the day started, he had people ask themselves,

“If I had today to do over again, what would I do differently?”

Notice that he didn’t ask this question at the end of the day. Instead, he had his patients envision that if they lived today as they had before, what would they regret at the end of it? So, then, they changed the plan for their day to eliminate regrets before they happened.

I set my goals in 2017 by envisioning my year and then pretending I’m me on the last day of the year asking myself,

You and I both live across the street from death. But don’t whine or complain or go around with long faces — QUITE THE OPPOSITE! Laugh a little longer. Hug your kids or family or pets a bit longer. Fix a new meal. Be kind to the children in your classroom. Make unforgettable memories. Be resilient. Be vivacious. Soak in love and give lots of it.

You’ve got a legacy to live.

Today is our present.

Hat tip to my pastor Stephen Dervan for the beach smell example. He used it on New Years Day and it fit, so I used it.

Category: Inspiration
Disclosure of Material Connection: Some of the links in the post above are “affiliate links.” This means if you click on the link and purchase the item, I will receive an affiliate commission. Regardless, I only recommend products or services I use personally and believe will add value to my readers. I am disclosing this in accordance with the Federal Trade Commission’s 16 CFR, Part 255: “Guides Concerning the Use of Endorsements and Testimonials in Advertising.”

4 thoughts on “Today is the Present”