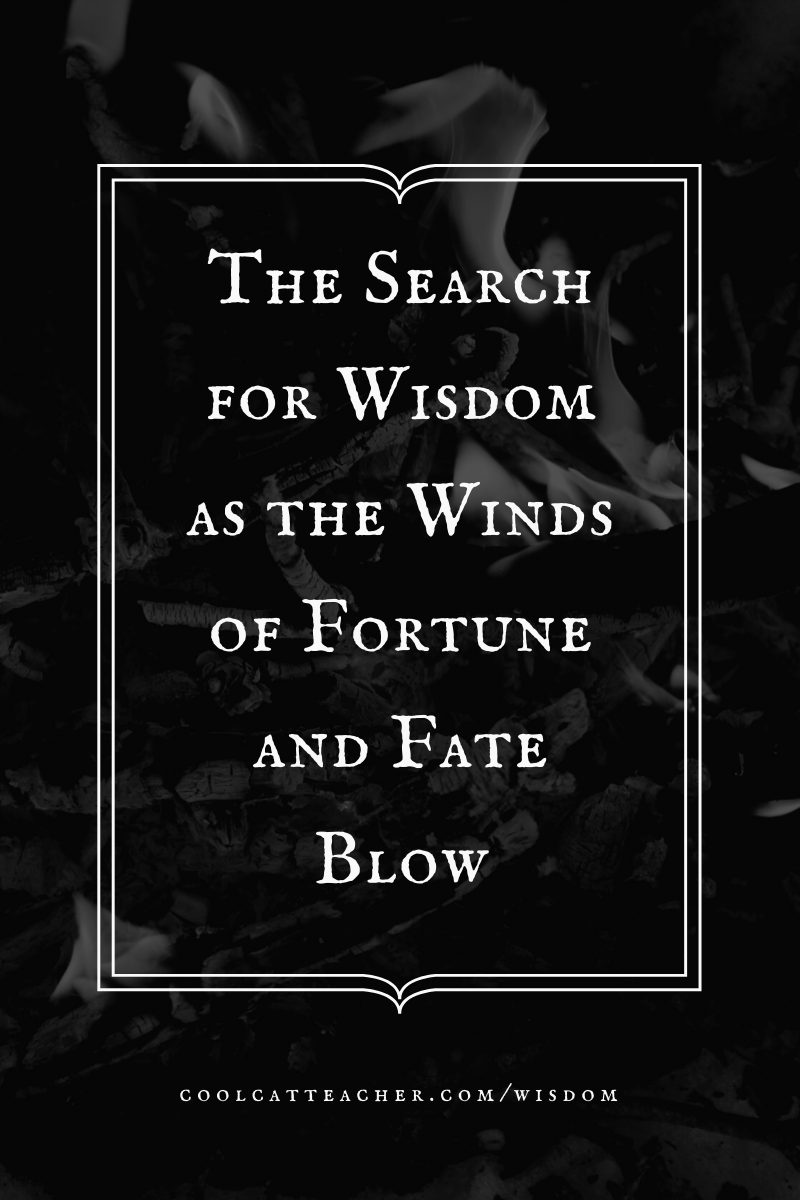 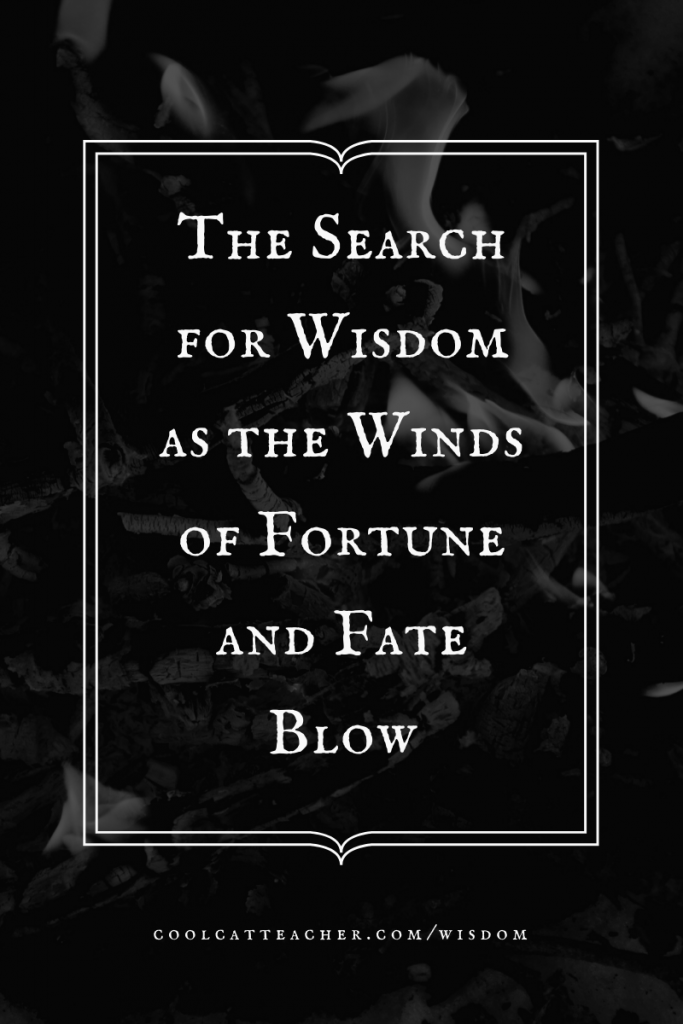 But one day, he looked in the distance and saw a horrifying sight. A brush fire was billowing and blowing and burning towards them. It was scorching everything as far as they could see! What would they do?

The farmer and his family gathered together and prayed as the brush fire advanced.

Then, the farmer did something that shocked his family. He lifted his hands from prayer and he started a fire in a circle around his little home and his precious family. The fire burned away from the house, rapidly consuming the fuel. So, as the crackling and sparking fire approached the little home, the fuel had been consumed. When the massive burning brush fire reached the farmer's house, the fire burned around the farmer's home and family and left it intact but everything else was destroyed.

Yet the family had saved what was most precious – their lives- and lived to rebuild.

Unknown to him, the farmer had started what is known as a backfire. The backfire had consumed all of the potential fuel that would have caused the massive wildfire to kill him and his family. But they survived because they started a fire that actually protected their home in the end.

How does this apply to us?

Fires rage in our world today. Unrest and uncertainty abound. World political tensions and domestic tensions are rising and flaming to new heights. Families and children stand at their homes looking at the raging fire and wondering what will happen next.

Fires are a scary thing. And a fire at a long distance away that is billowing acrid black smoke, if met with the right fuel and wind conditions can quickly burn towards our homes, schools, and our families.

Never think that something is at such a distance that the winds of time and history cannot blow the tumult to your door.

The need for wisdom is essential in this hour of flame as the winds of fortune and fate blow.

If you could go back in time and discuss isolationism with Americans during World War I and II or, Neville Chamberlin's appeasement policy in Britain – you will see people who thought denial could keep the flames of war at bay. We also see the isolationist lie in a haunting quote in the Holocaust museum from Pastor Martin Niemöller,

“First they came for the socialists, and I did not speak out—because I was not a socialist.

Then they came for the Jews, and I did not speak out—because I was not a Jew.

Then they came for me—and there was no one left to speak for me.”

Admit we have fires that are threatening our world today that can threaten us all.

“It only takes a spark to get a fire going.”

But once a fire ignites, that fire burns until the fuel is exhausted or until someone quenches the burn with enough water or flame retardant to put it out.

Our world seems to be aflame in many ways — literally, emotionally, politically, and beyond.

But what do we do?

How do we protect our families?

How do we protect our classrooms?

How do we keep ourselves and those we love safe?

Considerations as We Seek Wisdom

Fire is a scary thing. It is easier to stop it early.

No doubt, as wars loom that words are the fuel that burst into firefights that cost the lives of men, women, and children around the world. Families are destroyed. People are consumed by careless words.

Yet, sadly, when the flames of war begin, some people think denial can “make it go away.” The child can sit in the corner and say, “nah, nah, nah, I can't hear you” but if his Mom is calling him to supper, eventually he will go hungry and miss dinner.

If a fire has begun, ignoring it only lets it grow until future people have to either fight the fire at a greater cost than if someone dealt with it today or become consumed by it.

“Without wood, a fire goes out; without gossip, a conflict ceases.” Proverbs 26:20

Gossip is fuel for fire. Gossip is defined as,

“casual or unconstrained conversation or reports about other people, typically involving details that are not confirmed as being true.”

A society with a truth problem is a society bent on self-destruction.

For example, those who fan the flame of dissension by concocting lies designed for selfish gain – whether they are warmongers, politicians, or news reporters – may one day find the fire they falsely fueled with “slight” exaggerations is burning down everything they love. Their country. Their family. Their own life.

Lies always cost someone something. Our politicians, “news reporters”, and social media sharing machines should beware.

The paramount problem with people who claim that truth is what you make it is you can't simply have everyone right all the time. Someone is telling the truth. And someone is lying.

It could be true that two toddlers both want a piece of chocolate cake. But it is also true that both toddlers can't have the same piece of cake at the same time no matter what they claim to be true.

However, we see that lies and stupidity spread faster than the truth. And today's companies in the advertising model we've created in the name of “free” are fueled by one thing — eyes.

And lies get more eyes. People would rather believe a lie that they agree with than a truth that makes them uncomfortable. But I don't see anybody taking a vote on gravity. It would be pointless. Gravity on this earth is a truth.

And exaggeration will get more eyes on a news article than a tempered truth. Proverbs 17:15 in Eugene Peterson's The Message Bible translation says,

The whitewash and mudwash on the same issue can't all be true – can it? But in a world where everyone seems to be a self-appointed judge and no one seems to want to admit they will be judged, we have descended to a whole bunch of know it alls who have a truth problem.

Sure, we must love peace. Who doesn't love billowing, rolling grass? A meadow that flows for miles is beautiful to behold. It was for the farmer in our opening story.

But we also must understand that in our interconnected world that fires come to our door that we did not start. Flames threaten our families and schools that are beyond our ability to quench. We face perilous times.

I would love to give you an answer. Yet, in today's world, there are not easy answers. There is, however, truth. I would argue we have a new threat.

First they lied to me about giving me something for free, and I did not speak out when they took my privacy — because I wanted what they were giving me.

Then, they lied to me about what was news, and I did not speak out — because I enjoyed listening to the debates, they were entertaining.

Then, they lied to me about the truth, and I did not speak out — because I should “live and let live” and another person's version of the truth surely can't hurt me. Can it?

Then, they lied about me — and there was no one left who cared about the truth that I was innocent. Because I wasn't innocent at all – I had witnessed the death of truth and I said nothing and bought the lie that truth was the enemy. I was guilty in killing truth and now, in the end, the truth was killing me.

Perhaps the backfire that will save our families is to renew as a culture that we seek the truth.

We should start by admitting that truth exists. And so do lies. And then, we can set about the task of figuring out which is which.

The Truth might not only set us free from the flames, but it might also just save us.

I drafted and held onto this post in July 2020. As I reread it, I'm struck by just how far we've come in a year and realized this post needs to go live. Thanks to my dear friends who helped me proof this post last year.