Skepticism, Cynicism, and the future of education

Home » Uncategorized » Skepticism, Cynicism, and the future of education 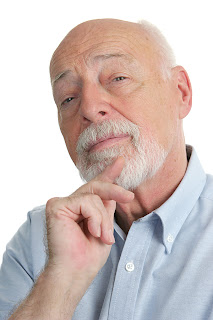 There is a difference between cynicism and skepticism. I've always believed that most cynics come at the world from an air of superiority.  Often these cynics come across as “know it alls.” It can be hard to truly discern a problem when you're always looking down your nose at it.

Then there are skeptics. For example, when my students do presentations, I always challenge them to show me the proof.

“It is not that I don't believe you but it is that people make things up and you can't appear to be one of them.”

The 5 minute best seller
The other day a student said that after this certain band's album was released in the 1980's that it went to number 1 five minutes after release. It wasn't that I didn't believe him but I grew up in the 80's when the exact minute of a song release was sort of fuzzy. It took time for those cd's and albums to make their way to places. (Of course nowadays, things can move that quickly on the iTunes store but that is a different matter.) I asked him to share his source and show me. He was incredulous that I didn't “believe him.” I've known him all my life shouldn't I trust him?

I explained that my feelings about him and my skepticism about what he says is true are two different things. Over the span of his and my life, we will be both right and wrong about many things. We must prove what we say.

Cite your source, prove what you say
When I present I work to cite the research in a link or quote my source. Always. It isn't that I'm a liar but we all have to prove what we say.

I think often I totter between being skeptical and cynical myself. We live in an age of self proclaimed experts. We also live in an age of cynics. The problem with cynics is that often they draw artificial lines between themselves and the “rest of the unenlightened world.”

When I find myself on the blog of a cynical person, I never know where I stand. I feel like somehow I represent some sort of something they are against but I have no clue what but neither do they.

Defining cynicism
It is fine to be skeptical. Ask for sources. Ask to be taught in a way you can better understand. That is fine.

According to the free dictionary, there are four definitions of cynical:

“1. Believing or showing the belief that people are motivated chiefly by base or selfish concerns; skeptical of the motives of others:
2. Selfishly or callously calculating:
3. Negative or pessimistic, as from world-weariness:
4. Expressing jaded or scornful skepticism or negativity”

I choose to believe that most people want to do the right thing. While there are those selfishly calculating Machiavellians out there, once you know who they are, you can steer clear of that person.

There is a verse in Galatians that says,

“If you bite and devour each other, beware that you will be consumed by each other.”

When we impune each other's motives we head down a path that is not productive for anyone. When you are busy tearing each other apart you don't have time to tear apart the problems you want to attack.

But I find it odd for people who are supposed to be so well educated how research seems to be twisted towards what people have already decided to do.

“We want to do this so we're going to find research to prove it.” seems to be the order of the day in education.

The Facts of Learning should focus our efforts
Let's deal with the facts. But realize, that even if you are right, sometimes HOW you disagree makes it so people will not listen to you. When you call names, resort to profanity, and impune the motives of people (unless there is a clear case of improper motive) you cause yourself to be left out of the conversation.

We don't like to talk to people who are rude and are always doubting our motives or honesty. If you're raised like me, in the south, if someone calls me a “liar” then “those are fighting words. I may be wrong, but if I said something wrong, it wasn't intentional.

Enlighten me. Teach me. I'll learn. Insult me and I'll fight even if I'm wrong. It is human nature.

Think about these things as we move forward in debate what needs to happen in education.

And for goodness sakes, why can't we start actually doing the things that we know will help children instead of keep in place bureaucracies that have been mounted to the halls of education like a 50 year old trophy case?

It is a new day and we need to start making headway. There really is no excuse.

All Posts »
PrevPreviousDaily Education and Technology News for Schools 02/07/2012
NextTeach This! Teaching with lesson plans and ideas that rock #teaching 02/07/2012Next