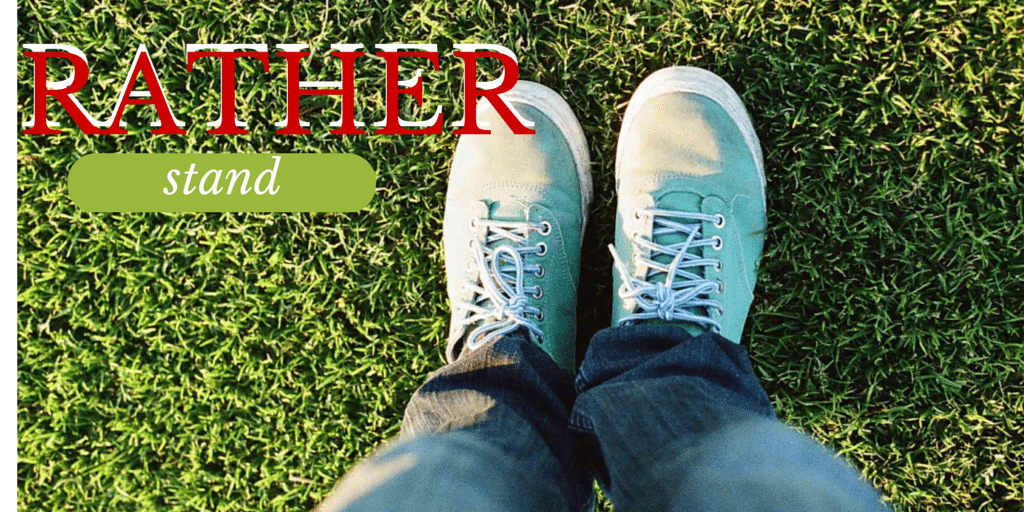 Rather Stand by Vicki Davis

I'd rather stand alone for the right thing … than be popular for the wrong one.

I'd rather be wise

I'd rather find a child's strength

than point out her weakness.

I'd rather find a child crying

than let him cry alone.

I'd rather encourage a colleague with a great idea

I'd rather show a child a great way to live

than give a great lecture.

I'd rather help kids answer questions of their own

instead of answering mine.

I'd rather give kids hope

than steal their dreams.

I'd rather be forgotten for kindness

than remembered for cruelty.

I'd rather give the kindness someone does not deserve

than the meanness that they do.

I'd rather be vocal about things that matter

than have those in power happy to see me.

I'd rather empower my students

than assemble a classroom of automatons.

I'd rather fight for a world class education for my students

than accept second rate in peace.

I would rather be hated by a colleague

than let one demean a child.

I'd rather be misunderstood by everyone

than be unforgiving when they make mistakes.

I'd rather  get in trouble for the right things

than praised for the wrong ones.

I'd rather be excellent at one worthwhile endeavor

than mediocre at everything I do.

than waste away in my reality.

I'd rather courageously seek to change lives

than quietly scripted into irrelevance.

I'd rather be called a rebel

than soldier on for the wrong cause.

I'd rather be an epic teacher

than live an easy, comfortable life.

than leave other teachers to learn it the hard way.

I'd rather spend my time doing good to good people

than doing evil to evil ones.

I'd rather miss the latest trend on social media

than my son's birthday.

I'd rather people cry when I go

than celebrate when  I'm gone.

I'd rather have a life of “oh well's”

than full of “what if's”

I'd rather stand for my rathers,

than fall for what I'd rather not.

[guestpost]Written and dedicated to my husband, Kip Davis for his birthday. Because I'd rather have one day in your arms than a lifetime alone.[/guestpost]

[callout]The oh well's and what if's quote is shown as an unknown source and is on many tshirts and quote pages. I cannot find the source but credit that I did not come up with that one verse.[/callout]