We have too many standards. Many of you will agree, they are too long. In fact, some teachers I know spend more time aligning standards than creating lesson plans. With this in mind, we must ask, are these well-intentioned standards keeping us from focusing on the main thing? Along these lines, a recent conversation on my podcast with Dr. Douglas Reeves has me thinking. Doug says,

We have too many standards. The idea that we can wave our magic wand and assess them all is ridiculous. I’m an advocate of power standards… we should prioritize and assess the half dozen or so that are the most important to get students to the next level.

Have you ever wondered why educators love Twitter so much? Maybe it is because it puts everyone on a word diet of 140 characters. What if standards could only be 140 characters long? As I've said when Common Core began,

Most straight jackets worn in education are fabrications of the mind.

Grace Adkins, our learning lab director, has been teaching since the 1940's. By now, she's almost 90 and is an amazing woman who has helped so many children in her life. In her revered career, many kids everyone was giving up on have gone on to be doctors, lawyers, accountants, and even teachers. Gratefully, I'm one of those kids. You see, Mrs. Adkins was my second-grade teacher. Now, she's one of my mentors. Her favorite saying is,

Aim high, but keep it simple.

If I had a wish for standards, it would be that we'd listen to Mrs. Adkins. 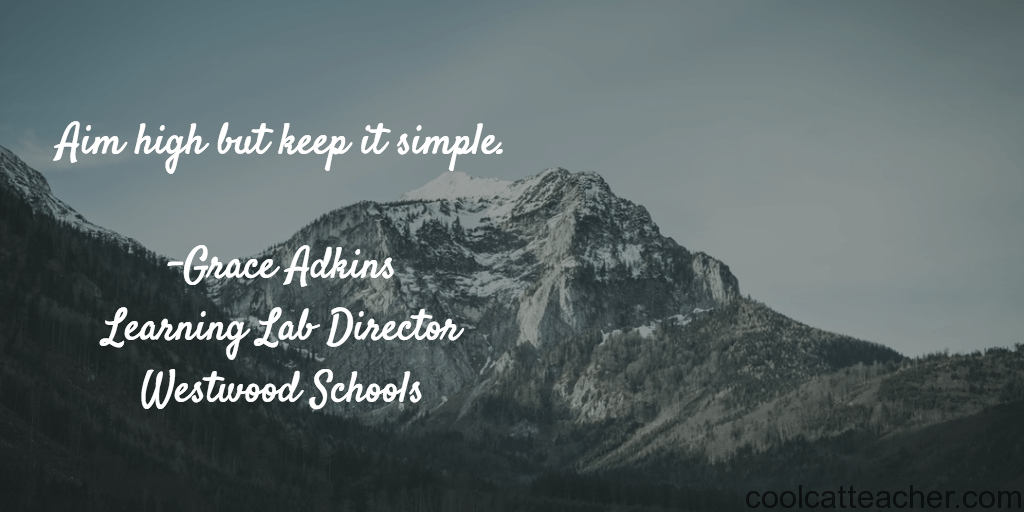 Some of the standards I use to build my courses are so complex that I have to get a highlighter out to break them down. I'm sorry, but if a standard has so many compound sentences and commas and semicolons that I have to GET OUT MY HIGHLIGHTER — how on earth is a child going to understand it?

And yes, our kids need to know what we're teaching them. If you don't believe me, then take it from Einstein, one of the most brilliant people in history, who said,

If you can't explain it to a six year old, you don't understand it yourself.

[callout]Simplify. Save time. Save money. Get more done. [/callout] 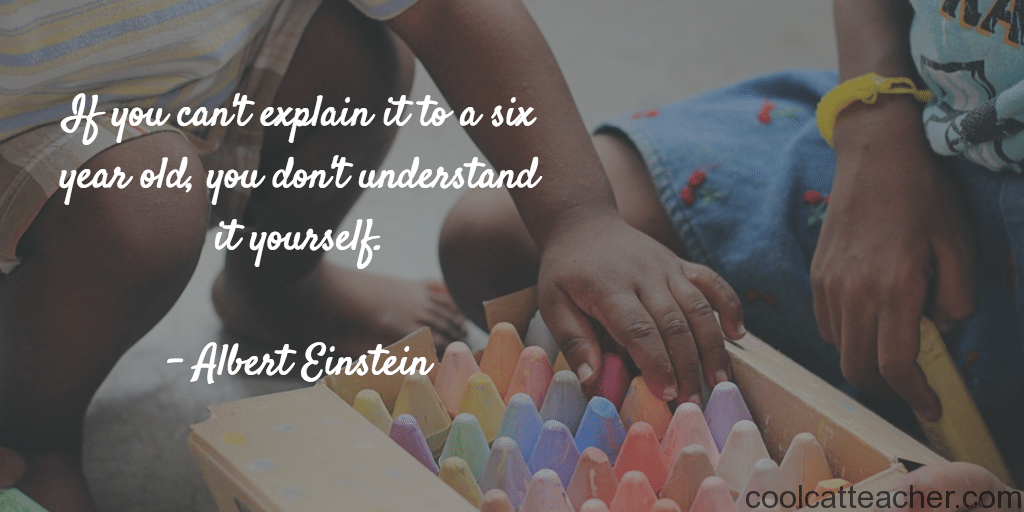 I've found that some absurd ideas hide behind big words. Admittedly, some people think you're smarter if you use bigger words. However, I think they are wrong. Ernest Hemingway said,

Poor Faulkner. Does he really think big emotions come from big words? He thinks I don’t know the ten-dollar words. I know them all right. But there are older and simpler and better words, and those are the ones I use.

Sometimes I'm so clever, I don't understand a word of what I'm saying.

Let me give you an example from my youth at risk, perhaps of someone finding out. Many years ago, I had an awesome boyfriend in high school. My family would agree it was certainly a great relationship for a season of time. He was handsome and athletic, but he had one drawback — he didn't have a big vocabulary. All I had to do to win an argument was to use a big word or two that he didn't know. And the thing is — I knew very well that these were sometimes arguments that I didn't deserve to win. But in the heat of the moment, I wanted to win them. So, there you go. I'm not proud of it, but I did it.

This “person who uses the biggest word wins” trick makes me furious. Therefore, I arm my students with the knowledge that there is no word too hard that they can't look it up and figure out what it means. For if they give up at the sound of a big word, they could easily let a silly idea win.

[callout]If you have a choice between a simple word or a complex one that will do the same job, use simple ones.[/callout]

Sadly, there were some smart people performing experiments in Nazi concentration camps. And the moment we run from an argument because a big word is used, we risk doing harm to good ideas.

Education doesn't mean that we have to make the process of education so hard. Sometimes I think we also forget that we all have the capacity to make a mistake. And while PhD students might understand some complex explanation of a simple method, if average everyday teachers can't — it won't be used. 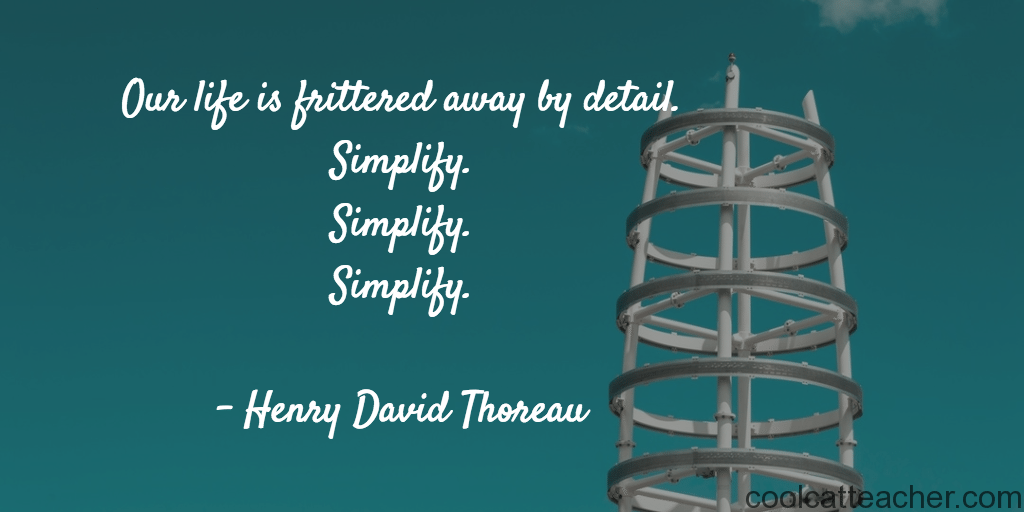 In fact, sometimes the best ideas are the simplest.

I'd rather do a little good with small words than fail greatly because I used big ones.

A Challenge for Education

Here's your challenge. Let's go on a word diet.  Let's make statements short, simple, and excellent. We can do this with:

Let's be simple and clear.

Perhaps our biggest obstacle to improving education isn't money. Perhaps it is a system that uses 10 words when 1 will do. And amidst all those words, we've lost our way and forgotten why we're here.

Wow! As a special education teacher, this resonates with me deeply. As a former school improvement co-chair, this would have saved so many long hours of playing the ‘what do they mean?’ game when writing reports. As a student of the world, this would make building relationships so much easier. Simple but effective. Now to convince the powers that be of this idea….

The problem Shawna is that ambiguity and confusion justifies the existence of administrators to “interpret” things for the masses. I don’t think we can fathom how much money simpler standards would save us and how much improvement could be made!

Yes! I am new to teaching, but I definitely agree that standards need to simplified. If you take a look at the NGSS standards, you will see them bounce between overly general and oddly specific. While I am a fan of the philosophy behind the NGSS, a lot of the performance expectations seem too complicated and unclear (even as a person who worked in chemistry labs for many years).

I think that we need to start simplifying our expectations for minimal standards, and then we start building on these simple ideas to drive students to higher levels of thinking. I get the impression that the standards are trying to go too high too fast, and this leaves little benefit for students.