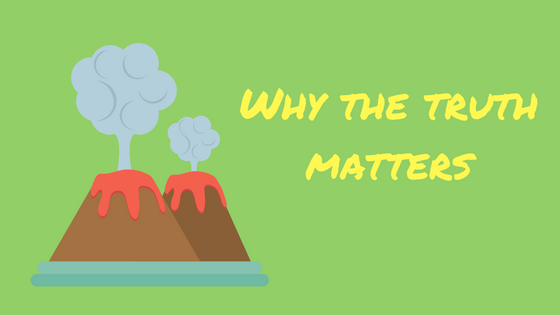 Why the Truth Matters: The Shocking Lie that Killed 30,000 People

Home » Productivity » Why the Truth Matters: The Shocking Lie that Killed 30,000 People

In May 1902, the island of Martinique was in the throes of a hotly contested election. There was another hot thing on the island — the local volcano, Mount Pelée. Locals could see the smoke and fire coming out of the volcano and started to worry.*

However, the Governor, Louis Moutett, was more worried that his political party, the Progressives, would be hurt if the island panicked about a possible volcanic eruption. He said that warnings,

“could create a state of false fear and pessimism.”

Governor Moutett made a call to the local paper and told the editor to downplay the danger of an eruption. He also blocked people from leaving the city and destroyed telegrams warning of the danger.

He even made a personal visit to Saint-Pierre three days before the election to show with his presence that everything was fine.

The volcanic eruption of Mount Pelée on Martinique in 1902. Credit: Library of Congress.

When Mount Pelée erupted, a thousand degree cloud of ash and superheated gas blasted through the town at almost a hundred miles an hour.

In less than two minutes, the governor and thirty thousand people were dead.

Because one person lied they all died.

Despite what some people think, truth exists. There is truth and there are lies.

Unfortunately, much of our media has so aligned itself with different political views, it seems that many have forgotten that their job is to report the truth. Not the truth “as they see it” but THE TRUTH as in the actual, true thing that has happened.

The truth is that no human is a perfect source of truth. We all make mistakes. We all lie sometimes, although we shouldn't. Let me give you another example of a person who chose to believe a lie.

Once a young child turned in a paper to a teacher I know. His poem began with these words,

I must go down to the seas again, to the lonely sea and the sky,
And all I ask is a tall ship and a star to steer her by…

It was a lovely poem but the young man received a zero. You see, the poem was Sea Fever by John Masefield.

The student went out front to be picked up by his Mom and told her that the teacher gave him a zero for a great poem.

So, the angry mother parked her car and stormed into the teacher's room and yelled,

“You gave my son a zero for the poem he wrote!”

“I gave your son a zero for the poem he plaigarized.”

The mother then pulled the child forward by the ear and asked her son,

“Son, did you copy that poem?”

The scared boy insisted he hadn't. So the Mom turned her ire back upon the teacher.

The teacher quietly took a book off the shelf and showed the mother Sea Fever and read it to the mother. Then, she pointed to the child's desk which was located right next to the bookshelf and the book.

After a moment of silence, the mother said something completely amazing,

“I do not care where that poem is printed. My son would never lie and if he says he wrote it, then he did.”

Despite the facts, this mother decided to believe a lie. For if that child could write such a poem in seventh grade, he didn't belong in seventh grade but in some college somewhere.

Too many of us are “team blind”

Many of us choose to believe lies.

We are “team blind,” a phenomenon seen all too often when people watch ballgames. If a referee makes a call, the team it favors agrees and the team it is against disagrees. Rare is the person or team who admits they deserve a penalty. Bless the referees of today's time because few people have unbiased eyesight. We're all team blind unless we wake up. 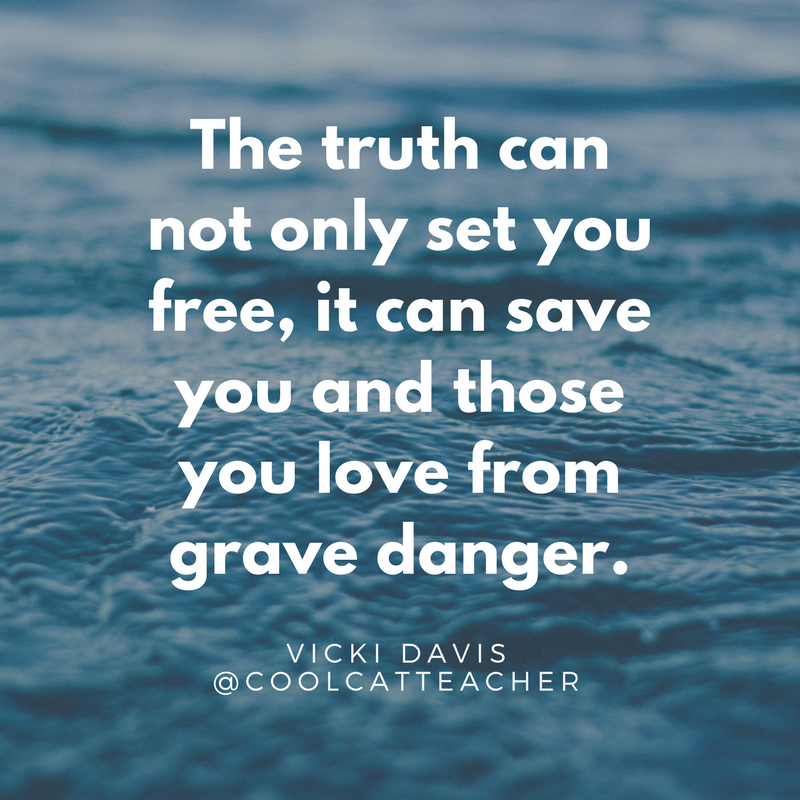 Excellent People Seek the Truth and Tell the Truth

And thus is a problem for those of us who strive to be excellent. We must be truth seekers and truth tellers.

When we mess up, we must fess up.

When our team is making something up, we can't blindly believe it just because it is our team.

Many volcanos spew smoke and belch gas into the sky. Unfortunately, today's volcanoes can be hard to recognize because many of us don't know who to believe. When national “news” channels don't even look like they are reporting on the same country, that country is in trouble.

Truth is real. Find it. Shine a light on it. Speak it. Bear the consequences of all the team blind people out there who will hate you for it. And realize that everybody's team is wrong sometimes and those who will last are those who seek, share, and look for the truth.

The truth can not only set you free, it can save you and those you love from grave danger.

Sadly, many people won't realize the danger of a lie until they die.

This post is day 29 of 80 days of excellence. I've created an email list below for those of you want to be emailed the full posts written as part of this series.

All Posts »
PrevPrevious5 Home and Smart Phone Filtering Options for Parents
NextHow to Inherit a Fortune: Appreciate the Masterpieces Right in Front of YouNext