When it is OK to get complaints. (A pep talk for the visionary)

Home » Education » Teachers » When it is OK to get complaints. (A pep talk for the visionary) 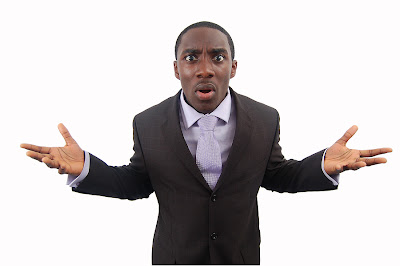 You don't measure success by how few people complain. It is a horrific way to measure success and yet we see it all the time. Principals live with complaints and I have seen some tweets and updates saying:

“It has been a good day, no one complained.”

Really, no one complained?

This was also a measure of success used in the 1930's and it was called appeasement. (See more on this in the Oxford Dictionary of National Biography.) Are there people who are not moving forward because they are spending time appeasing all the different types of people?

This came to me yesterday as I heard my new preacher, Michael Catt (no I didn't join this church because of his last name ;-)) at Sherwood  talk about the resurrection of Lazarus (John 11:17-44) and said

“God ticks people off even when He does good things! The leaders started planning to kill him.”

When everyone likes you you're doing nothing
Whatever you believe, this principle does apply. I spent the afternoon thinking about another saying that my father has always told me:

“When everyone likes you it means you're doing NOTHING and you're not worth talking about.”

Don't try to be popular on Twitter unless you're ready to be unpopular
For example, right now on Twitter, for some reason, many people follow me on Twitter every day. In fact it is a problem because I usually do my Twitter work on the weekends and Twitter has a limit of how many follows you can do at one time (the cap is at a hundred) so if there are 75-110 following me a day, it is literally undoable to follow everyone back.


(So I use a service called manage flitter and work to follow people who CONVERSE with me and have COMMON interest. I typically follow PEOPLE not marketeers someone hired to get on my Twitter stream. I also unfollow those who unfollow me – often because they are trying to “game” their klout score by following me – getting me to follow them and unfollowing. That is ridiculous and a waste of time.)

But here's the thing. Sure, I get a lot of followers every day BUT I get between 8-30 UNFOLLOWERS a day. This can be for so many reasons – I do tweet a bit. I tweet to teachers -non teachers often unfollow because they queued on one of my quotes or technology notes. Or heck, some people just don't like me. There are some people that couldn't handle success on Twitter because it would kill them the volume of unfollows they would get. But honestly, I can't focus on that. People will unfollow you just because people can make up their own minds about who belongs in their PLN and whether they want to be on Twitter at all.

There are things that get me unfollowed every time.  When I mention anything about my faith or any religion at all. (I”ve shared some religious resources that gave an overview of what other faith's believe as part of in-class curriculum and got a spike in unfollows) However, I've decided if it is something that is part of my thought process and is applicable (like this blog post) I'm leaving it in. I'm not followed or read because I'm some fake well-polished propaganda machine -I'm a real person and just need to be real and encouraging and insanely helpful and what happens, happens. I've got students to teach, I can't spend my time worried about why I had a spike in Twitter followers and rethinking my Tweets. Life is more than all this, for goodness sakes and I'm going to live it.

Abraham Lincoln did a great thing but he ticked off a lot of people. (Of course you'll argue that he was assassinated for it as well, but he was also our greatest President.)
Winston Churchill was very UNPOPULAR in fact because of his stand against appeasement. I was listening to William Manchester‘s book the Last Lion while walking around the track and heard the words, “Winston's social isolation was complete…” It resonated from me because I've experienced this in my own life.

The kinds of things worth taking grief over:


If it is right, just, if you're attempting to disagree respectfully, if you are an elected or appointed leader and an injustice has happened, if it is noble or visionary to do… these are the things worth being unpopular over. I think it is especially important for us to be concerned about being fair to everyone but also to hold people accountable. It is always worth it to me to hold children accountable for their actions, even when I get complaints and the blame that always comes from parents because I didn't “MAKE” their child do something. (I teach high schoolers, for goodness sakes, I can make sure they are on task but if they want to sit there and pretend, I can certainly be snowed sometimes – not often but sometimes.) It is always worth it to take grief for a well-founded vision. Nothing undermines the credibility of a visionary more than excessive waffling.

The kinds of things not worth taking grief over:

Incompetence, slackness, sorriness, apathy, laziness, corruption, exploitation, injustice – these are the kinds of things that it aren't worth it. When such things happen DEAL WITH THE PROBLEM and for goodness sakes don't defend it. It is not worth taking grief over the fact that I didn't help a child who is down: death, bullying, the struggles of life – I should be there and work with a child to get the content in a way that doesn't heap a lack of hope upon a child in their lowest moments.

Complaints make a poor yardstick for your life
I just don't think that measuring your life by whether people are not complaining is a good rule. Sometimes people complain because you are doing something that needs to be done but they don't want to be held accountable.

Just a word for those of you struggling to do the right things and taking heat for it right now. It is the end of the school year and sometimes things come to a head.

Do the right thing, be just, be kind, be noble, but know what kinds of students you wan to produce out of your classroom.

I want to produce students that know how to get a job done and can be trusted with the future of society because they have the thinking skills and work ethic to do it. I'm willing to take the heat for it today so the world can have a better tomorrow. I don't give grades, they are earned.

All Posts »
PrevPreviousDaily Education and Technology News for Schools 04/23/2012
NextLearning about Learning: Research and Edreform News and Views 04/23/2012Next