Thoughts to Hold Onto from the Hot Water of Life 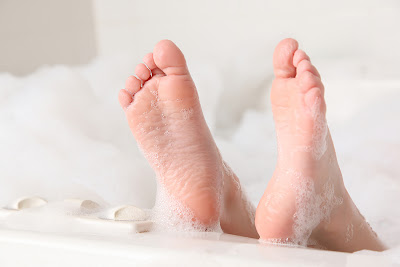 I have a feeling my ancestors sat in a bubbling natural spring hot tub looking at cave drawings and pondered the meaning of life and whether they'd kill a mammoth tomorrow. I get the water hotter than I can stand, fill it higher than is wise, and read and ponder the struggles of life.

We all have them. But many of us run from controversy. But there are times when people who are leaders are doing the wrong thing. They are hurting people. They are saying things that are untrue.


Doing the right thing is often not popular. In fact, Mark Twain said,

“In the beginning of a change the patriot is a scarce man, and brave, and hated and scorned. When his cause succeeds, the timid join him, for then it costs nothing to be a patriot.– Notebook, 1904″

It is a struggle when there are issues requiring that people take sides. In fact, in most cases, I think it is best to keep a focus on the main thing. In your school, the main thing should be the students and helping them become successful in life both academically, physically, and emotionally. It shouldn't be who is the principal. Unless that person is doing great harm to the main thing… then it is time to do something.


I stay away from people who are always negative and hate anyone in leadership. These negative people don't stand for anything but stand against everything. You rarely hear what this person believes because if he/she made a statement, the person would have to defend it. They spend their time tearing everything down. These demolition doo-dah's are always singing a song of negativity, hatred, and unkindness. I don't have much use for them. It is a dangerous tune that is often in many blogs,

Guess what? Every teacher at your school feels that way. The best way to feel appreciated is to start meting out some appreciation of other people. Life isn't all about you. It should be about your students.


But when I see people I know and have known for a very long time suddenly speak out against someone or something, I listen. When I see longtime supporters of an organization get the attention of others that a great wrong is happening, I take a second look. You should too.


So, as I ponder situations and things, I started writing in the tub on my ipad. I couldn't stop and didn't until the water had gone frigid and the family was hollering at me from the den to watch our new favorite TV show (Terranova.) I thought I'd take today and share you these unrelated kernels of thoughts that came to me from the hot water of life. If you like them, I'll start sharing other ones.


These quotes are all mine.

The backstabber unleashes a silent, hidden poison that flows back through the miles into his own coffin.

Unforgiveness is the sewage of the soul.

Liars emit confusion like a mating bird emit pheromones. Both are looking for someone to sc:%#.

The manipulator silently rips from his hands the very thing he wishes to possess. 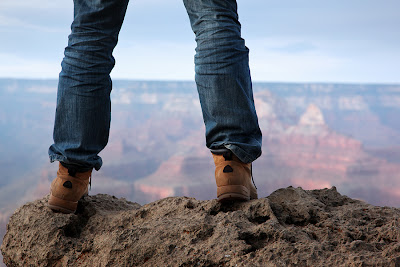 I believe I will look back upon my earthly meanderings and realize that my brightest moments ignited during my darkest journeys. For heroism is not born amidst comfort and ease but pain and tragedy. There is no heroism where there is no trial and heroes are made by the height of their ascent. Climb a hill and you are a human. Climb a mountain and you are brave. Wake up in hell and ascend to glory and you are epic.

The thing is that when we have a paper cut we whine. How are we ever going to do anything great when we run at the first sign of controversy? We want to be great but we don't want to pay the price. We'd rather be comfortable on a cushion than called to climb a mountain.

When I teetered upon the ledge of the abyss between safety and suffering is when I found the most solid foothold. For in that precarious moment I was steadied by the Precious Master.

When the world has schizophrenia and you manage to hold onto your last wit and do the sane thing, history will call you wise. Wisdom is never judged accurately by peers but by posterity.

We idolize patriots and heroes for their willingness to give up an anonymous life of comfort for a life of torment. Hated by their peers and hunted by their prey, these men only had their praises sung after their ears were deaf with decay. We romanticize their lives, which were, most likely, as close to hell as most humans can be and live to tell about it. Authors are lonely, actors find it hard to find genuine friends, and politicians give up their privacy but patriots and martyrs give up everything.

It is easy to romanticize a person living in a hut on a hill 100 years a go when you're sitting in a warm bathtub with a full stomach reading your Ipad worried if you'll drop it in the tub.

All Posts »
PrevPreviousDaily Education and Technology News for Schools 01/12/2012
NextTeach This! Teaching with lesson plans and ideas that rock #teaching 01/12/2012Next