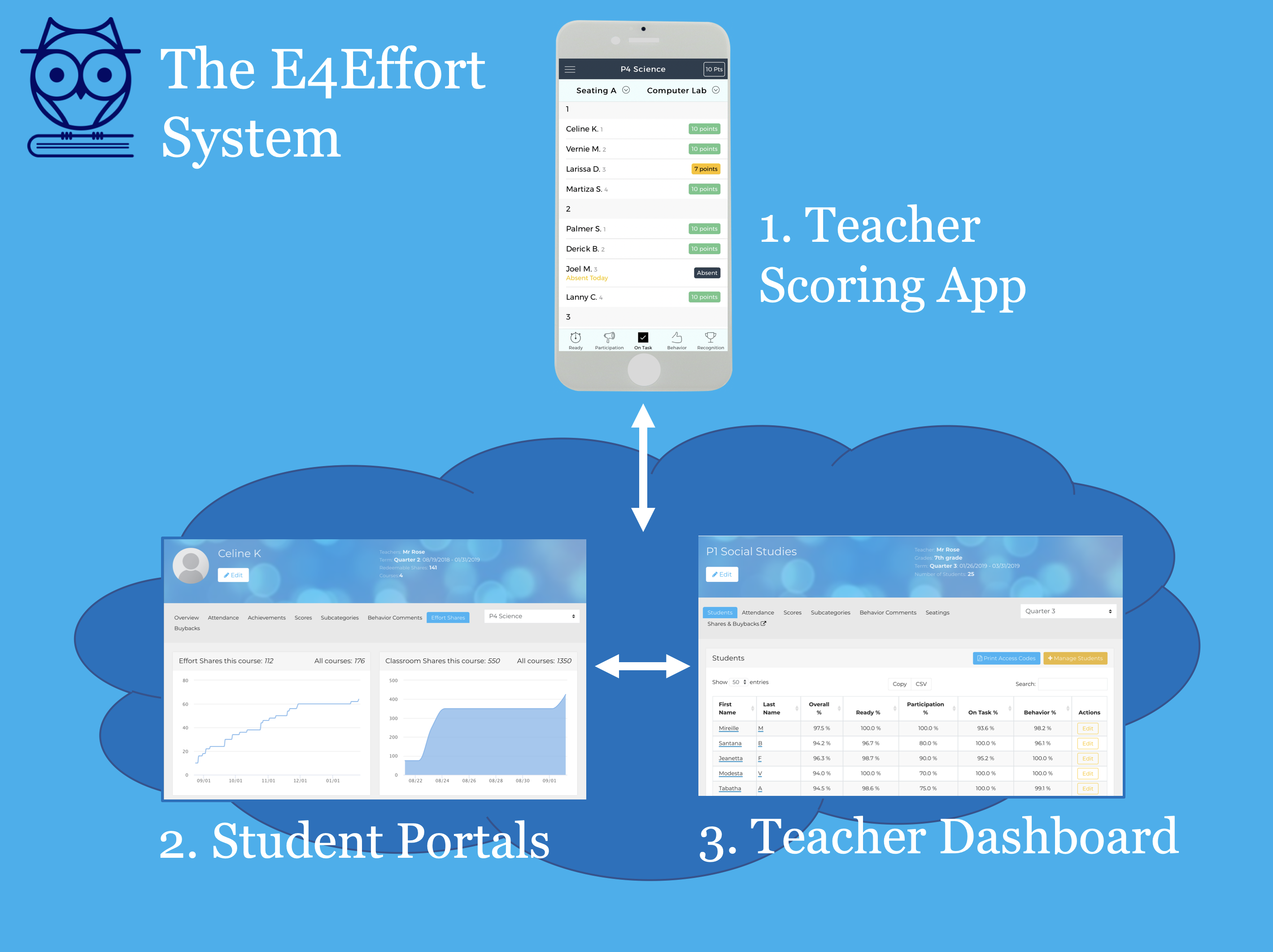 The E4Effort App: Working to Add a Measurement that Works

Home » Education » The E4Effort App: Working to Add a Measurement that Works 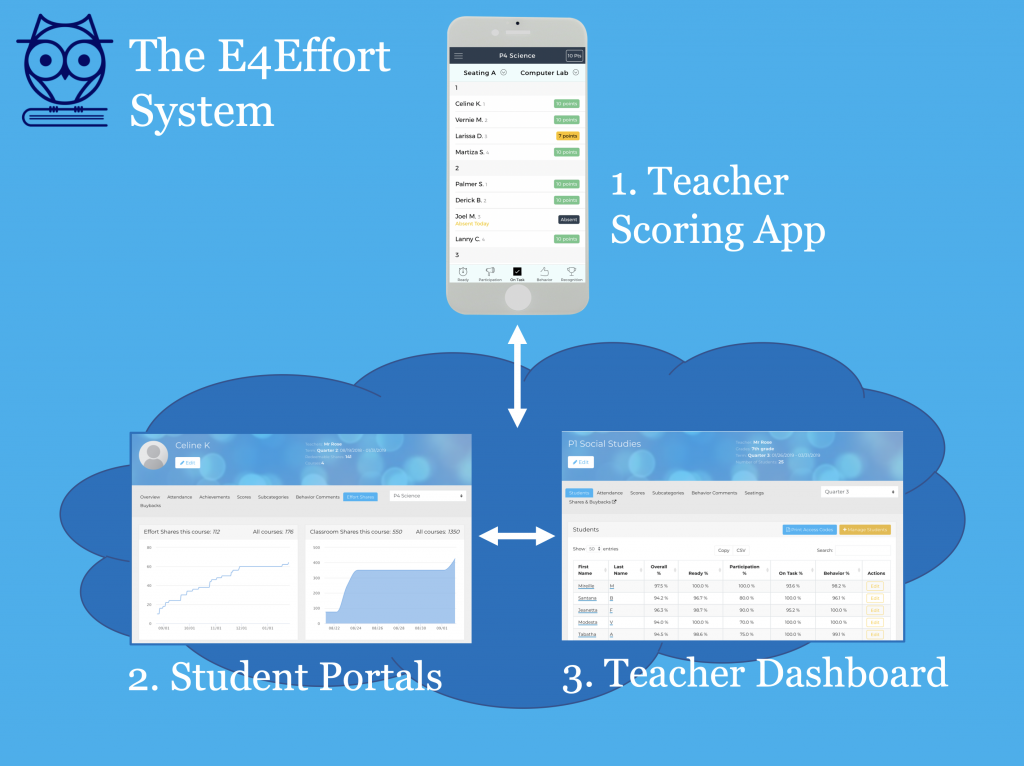 This post is sponsored by E4Effort. All opinions are my own.

What does the E4Effort app and system do?

According to Angela Duckworth, of all the factors that we can measure in a classroom, effort has the strongest link to achievement. (Duckworth, Angela. Grit: The Power of Passion and Perseverance. Scribner, 2016, p. 23, 39-51.) Furthermore, as we learned in Carol Dweck’s research, students should be praised for their effort in order to help students take on more challenging tasks instead of being praised for their ability. (Dweck, Carol S. Mindset: The New Psychology of Success. Ballentine Books, 2008.)

“A small immediate consequence that is certain to occur [effort scoring] is much more powerful in the behavior change process than large consequences [grades] that occur in the future.” 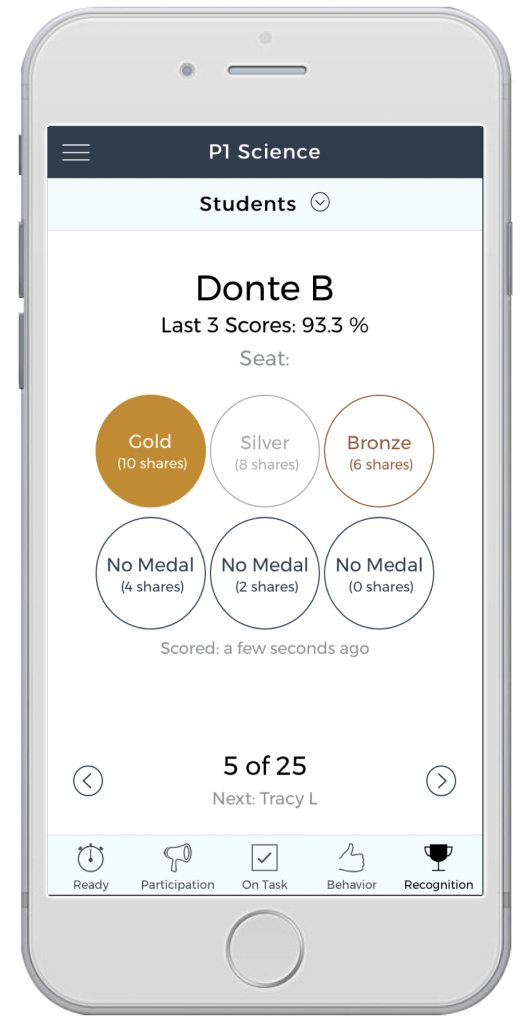 So, should we experiment with providing feedback on effort? (Especially if– pardon the pun — if it is effortless to do so. Read more here.)

Let’s look at an example to take this conversation further. 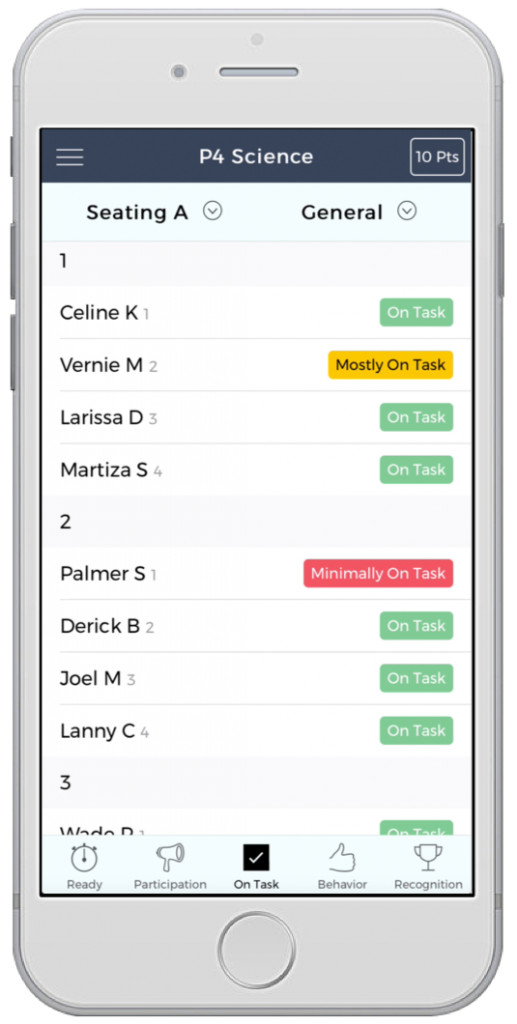 Effort and the Growth Mindset

While any system can be mis-implemented, let's back up for a second and talk about the growth mindset. When we talk about growth mindset versus a fixed mindset in the work of Carol Dweck, we have to remember a couple of things.

First of all, a fixed mindset means that a person thinks that they are innately born with certain characteristics that are fixed and cannot change. So, for example, if they go into a math class and they struggle with math, a person with a fixed mindset would say something like “I am not good at math” and never improve.

Take me for example; as a child, I struggled with learning my math facts. They were very hard for me. However, my mom never said, “You are bad at math.” It was not a fixed mindset in our household. Instead, it was a growth mindset.

So, my mom told me, “Vicki, we need to work hard on this. You can be good at math but it is going to take effort.”

So, we got out apples and we added apples at the kitchen table, and when we had larger math facts we used M&Ms (which may have contributed to my weight problem in upper elementary, but we won't talk about that now.) 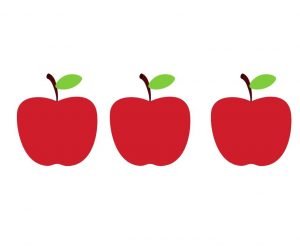 What NOT to Say

In the end, I actually ended up pretty good at math. I went to Georgia Tech, after all, and made 2 A's and 1 B in my three Calculus classes. However, my slow start and horrific struggle to learn my math facts never became a fixed mindset that I was not good at math. I learned to make effort and make progress. So, later on in my academic career as I struggled in one of my calculus classes, I worked to make more effort in different ways.

Preventing a fixed mindset is why we avoid using terms like “You're talented” or “You are a good girl” or “You are a bad boy” or terms like that because that is saying you ARE something. When, in reality, with effort, a human being has an incredible capacity for change and improvement. 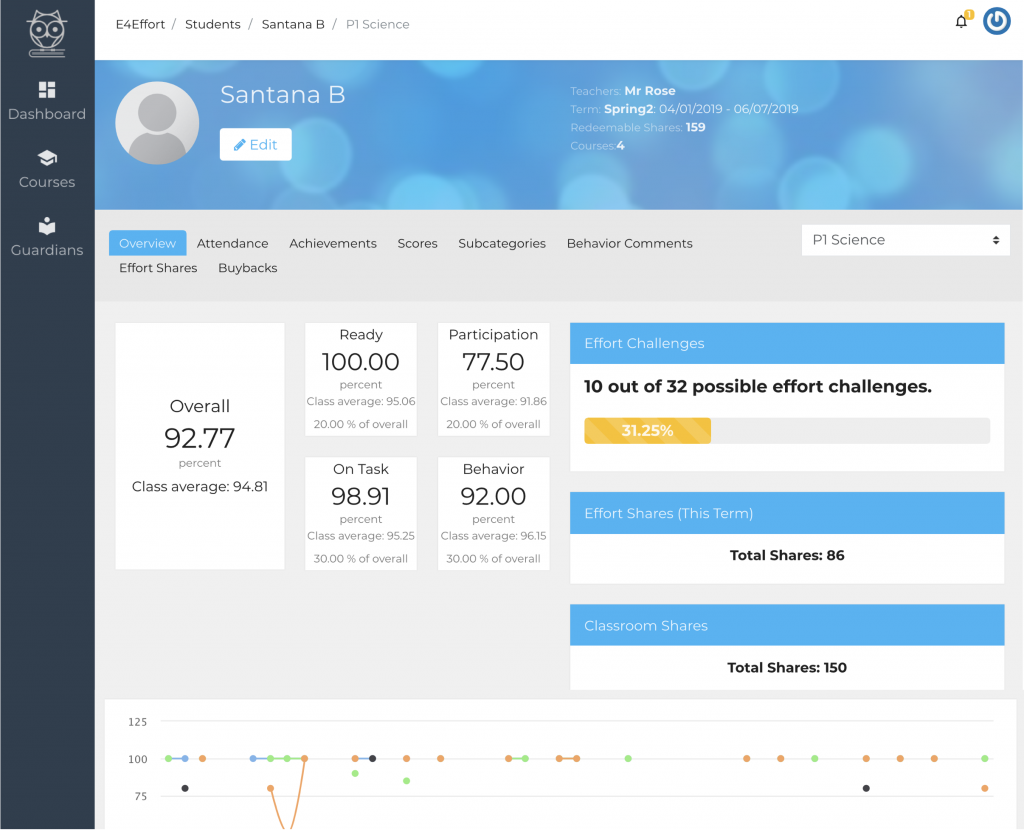 The student portal in the e4effort app.

The E4Effort App and System

As a teacher who gives 10% of my students’ grade as participation and work ethic, it is always a struggle to adequately capture and give feedback on the effort of a student.

That is where the E4Effort app comes in. E4Effort lets you give students feedback throughout the class period on their effort. Now, we want to make sure that we help students understand that effort is an end to itself, that making an effort is a reward in itself and that is a very important piece of this.

We want our students to have feedback on their effort and to improve their effort, but what we really want to do is get better at capturing effort so that students can see that positive learning and positive results happen as a result of an effort that is well spent.

I guess the hardest thing with this is that you have to give adequate feedback on the effort that a student is making – while they are making it – so that you can help students see the results of their effort.

E4Effort is working to get at behavior and feedback in these areas that are difficult for teachers to capture and reward, and I believe that E4Effort does this very well.

So, try out a 30 day free trial of E4Effort Gold or Silver plan and see how it works for your class. 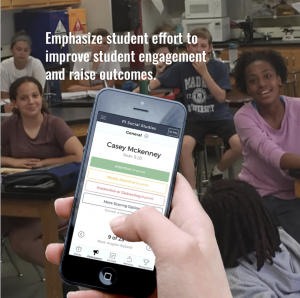 Additionally, the E4Effort app includes a rewards system and lets students use the “Effort Shares” they have earned. Students can redeem “Buyback” offerings created by the teacher.

Buyback offerings are generally privileges (sit by a friend, assistant to the teacher, comfy chair, first in line, etc.) or school supplies (pencils, notebooks, etc.)  The E4Effort website has a page called Buybacks that includes examples of Buyback offerings.

In fact, you can actually use this to teach some finance and accounting principles as students are earning Effort Shares based on effort. Of course, in the real world, using this analogy, they would be earning shares or stock options of the company where they are employed. However, the basic principles of earning and rewards can extend to business and money and finances as well as to the result of academic achievement.

If you're working on the work ethic of your class, try out the 30-day Gold or Silver free trial. By using this trial, you can see how this product can help you improve the effort and the results in your classroom and get feedback from your students.

Disclosure of Material Connection: This is a “sponsored blog post.” The company who sponsored it compensated me via cash payment, gift, or something else of value to include a reference to their product. Regardless, I only recommend products or services I believe will be good for my readers and are from companies I can recommend. I am disclosing this in accordance with the Federal Trade Commission’s 16 CFR, Part 255: “Guides Concerning the Use of Endorsements and Testimonials in Advertising.”