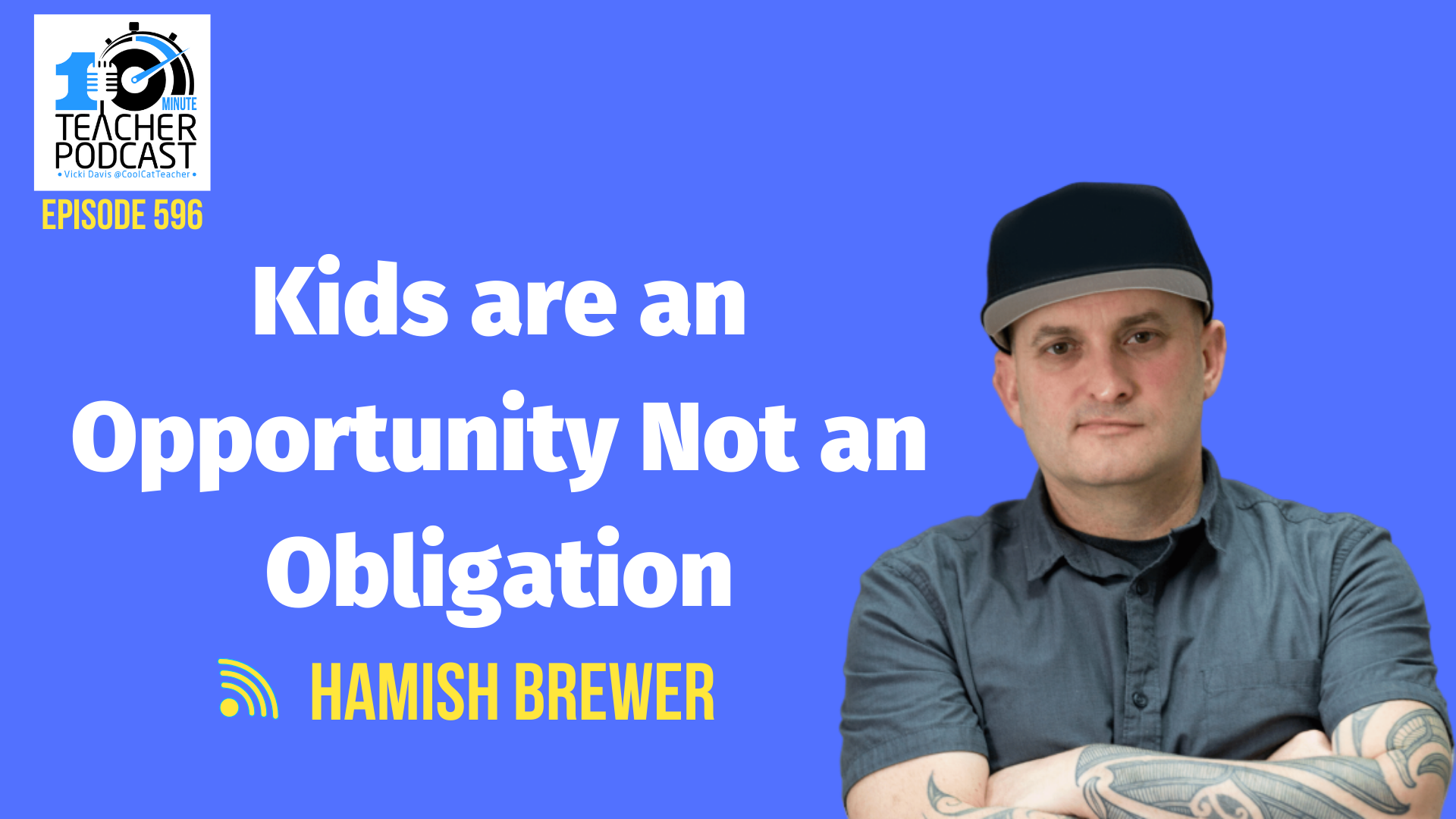 Students Are Opportunities Not Obligations with Hamish Brewer

Home » Education » Students Are Opportunities Not Obligations with Hamish Brewer

Every child can achieve. Children are an opportunity not an obligation. Celebrate individuality. Sacrifice together. Make no excuses. Principal Hamish Brewer will be back at his school this week skateboarding down the hallway and giving high fives as he inspires his school and students to achieve their best. Hamish, the author of the book Relentless: Changing Lives By Disrupting Educational Norms, will inspire you.

Note from Vicki: To kick off 2020, the whole week is motivational, encouraging episodes. Next week, we'll have our regularly scheduled theme days but I hope this week will jumpstart you, give you some truths you need, and help you start the year with the determination and discipline to reach your students in new and relevant ways. 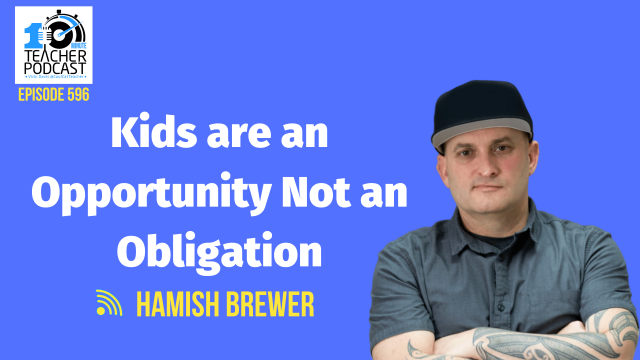 Sponsor: Check out the free webinar for math teachers – how to transform your textbook into a curiosity machine – go to coolcatteacher.com/freemathwebinar to learn more about this free webinar being held four times in January 2020.

Listen to Hamish Brewer Inspire You!

Get Credit! Some schools, districts, and organizations allow credit for listening to podcasts. Whether they do or don’t, to get the most out of listening you can use this Podcast PD Template Hyperdoc. Just make a copy and adapt it for your use or print it. If you don’t have Google Docs, just use this PDF.

Hamish Brewer, the relentless, tattooed, skateboarding principal in Northern Virginia isn't your normal principal. Hamish is high octane, constantly calling on his students to “Be Relentless. Mr. Brewer has become known as an educational disrupter who transcends the status quo and typical educational norms.

Under his leadership – his elementary school was recognized as a Nationally Distinguished Title 1 School, and Hamish has since gone on to turn around one of the toughest middle schools in the state of Virginia.

Hamish spent years developing and honing his leadership and expertise as an emergency responder in the Fire and Rescue Service, working at one of the busiest Volunteer Fire Stations on the Eastern Seaboad.

Mr. Brewer is a highly sought-after international keynote speaker – motivating and inspiring audiences everywhere, including being recognized as a TEDx speaker.
Originally from New Zealand where he earned his first degree from the University of Auckland. Mr. Brewer is currently a doctoral student at Virginia.

Mr. Brewer serves at the state level as the Federal Relations Coordinator on the Board of Directors with the Virginia Association of Elementary School Principals. He is a school turnaround and school improvement specialist, working some of the most at-risk students in the United States.

Mr. Brewer was highlighted as a Hometown Hero by Fox 5 in Washington, DC. With more than 32 million views and his story has become a viral sensation being highlighted on all the national news broadcasts, including with NBC and Lester Holt. Mr. Brewer is also being featured in a skateboarding humanitarian documentary Humanity Stoked.

All Posts »
PrevPreviousHow to Teach Presentation Skills, New Technology and Research Using CES
NextHow to Help A Student Who Is Always In the Principal’s OfficeNext