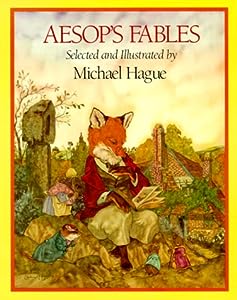 “The dolphins quarreled with the Whales, and before very long they began fighting with one another. The battle was very fierce, and had lasted some time without any sign of coming to an end, when a Sprat thought that perhaps he could stop it; so he stepped in and tried to persuade them to give up fighting and make friends. But one of the Dolphins said to him contemptuously, ‘We would rather go on fighting till we’re all killed than be reconciled by a Sprat like you!” Aesop’s Fables Kindle Location 283 (link will take you to kindle and the page if you have this free book on your kindle.)

I think this should be rewritten into a modern Aesop:
Modern Day Story of the Whales and Dolphins
“The parents, teacher’s union, and principals quarrelled about where the education system should go, and before long they began fighting with one another. The battle was very fierce, and had lasted some time without any sign of coming to an end
when a student thought perhaps she could stop it; so, she stepped in and said,

“Could we just make this a place where I can learn and that I am safe and want to come every day? Wouldn’t you all rather work in a place where we can be friends?”

But one of the leaders said to her contemptuously,

“these are bigger matters than you, you’re just a child, what do you know about classrooms anyway? Let us adults fight this out – why would we listen to a child like you anyway?”

Epilogue
and therein my friends lies the problem.
Observation
If we cannot think like a child and look at our educational systems through the eyes of a child – the dolphins and whales will be the end of what can be a really great education system.

Share | Tweet | Share | Pin It | email
Categories: Education, Innovation, Inspiration, Students
Disclosure of Material Connection: Some of the links in the post above are “affiliate links.” This means if you click on the link and purchase the item, I will receive an affiliate commission. Regardless, I only recommend products or services I use personally and believe will add value to my readers. I am disclosing this in accordance with the Federal Trade Commission’s 16 CFR, Part 255: “Guides Concerning the Use of Endorsements and Testimonials in Advertising.”