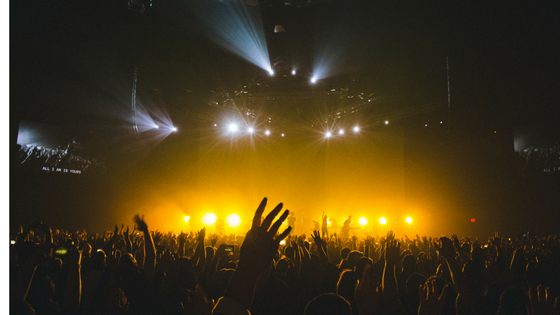 The One String Masterpiece: What We Can Learn from Paganini’s One String

Home » Education » Teachers » The One String Masterpiece: What We Can Learn from Paganini’s One String

Paganini was there to play his great work “Napoleon.” His violin glistened. One string popped. He continued to play. Then, another one! Paganini played on. After his third string broke, he had one left. As he looked to his sold out but shocked audience in Italy,he held up his violin and yelled,

“Paganini and one string!”

And proceeded to wow them with the entire piece played on just one string. He received a standing ovation when he was done.

There are master teachers. They can teach with just their voice. Or a stick. Or a book. Or a computer. Hand them one string and they’ll make learning sing. These craftsman teachers — they teach. Anyplace. Anytime. With anything.

And yet, we worship the string.

Certainly, some strings are better than others. They are stronger. More resonant. Better tools. That is great. I’m all for great tools.

But we should not forget that the master is the one who plays the strings. People in the audience watching the teaching should know that one app or tool or feature is not dripping with talent. That one app is not possessed. That one tool was played. Played by a master. And so it taught.

There are people who buy and sell strings. They talk about the music played on the string as if the string is possessed. They hawk the masterpiece as if it lives in the string and can be played at will.

What our modern world does with tools would be like walking on stage after Paganini finished his piece and pushing him off the stage. Then, grabbing his one-stringed violin, the seller would hold it up high. He would start asking the audience to kneel to the one string. Or start selling one stringed violins. In homage to its greatness.

That string was just a string. The master had left the stage.

There is a method of the master. A way to play the string that produces great music.

Likewise, there's a method of the master teacher, leader, master businessperson, master marketer, master parent, master speaker. Anything of worth can be mastered.

But often, many of us in search of excellence place too much emphasis on the tools and not on the craftsmanship of becoming a master of the craft.

As for me, I shall not worship the string. I shall learn from the masters.

Those who worship strings will find themselves in quiet company. Sitting around surrounded by tools, gadgets, and bills for downloaded apps. In boxes. Unused. Or broken. Misused. But not played for masterful accomplishment.

The advancement of any art form requires an honoring of the master craftsmen who know the trade.

Here’s to you master teachers or masters of any trade. Those of us who play the tune of learning know where the masterpiece really starts.

Honor your profession. Learn the craft from great craftsmen. Become a master. Play on.

This post is day 40 of 80 days of excellence. I've created an email list below for those of you want to be emailed the full posts written as part of this series.

All Posts »
PrevPreviousSchool Counselors Helping More Women Go Into Computer Science: Tips and Advice to Find the Fit
Next5 Ways to Stop Bullying in Every SchoolNext