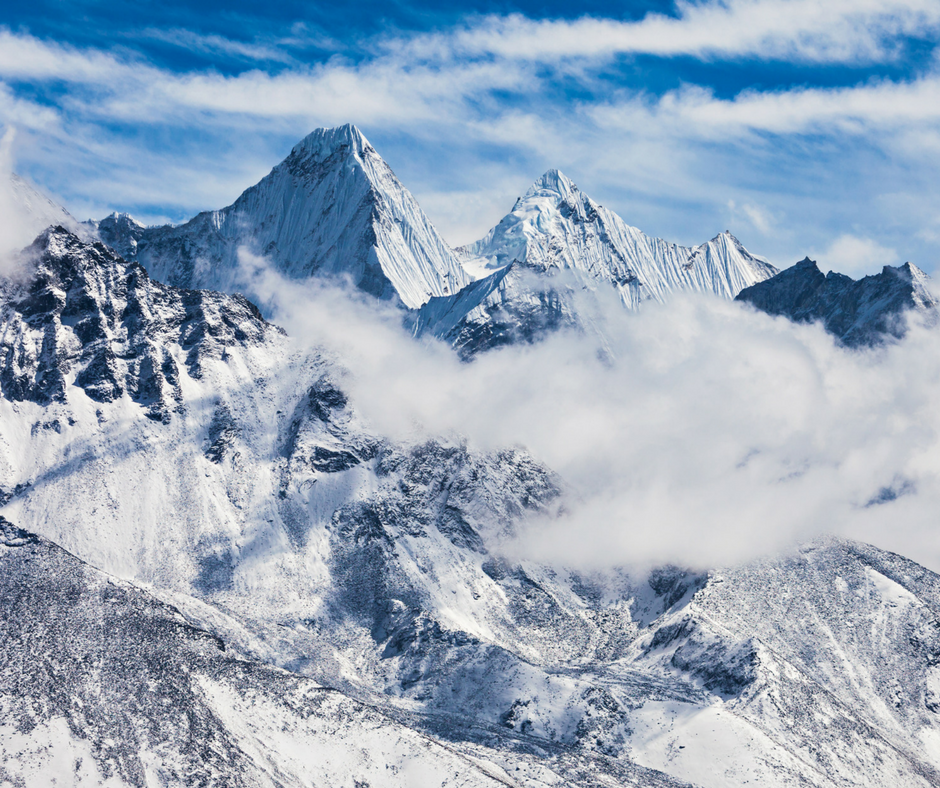 When Lonely Leadership is the Price of Excellence

Home » Education » Teachers » When Lonely Leadership is the Price of Excellence

After writing about mountain climbing last week, I began wondering when climbing mountains might not be a good idea. So, Kip and I watched the movie Everest over the weekend. Now, I warn you, if you want to see the movie, don't read further as it contains some spoilers.

So, the movie Everest is about a disaster on Mount Everest on May 10-11, 1996. The expedition leader was Rob Hall, the man who had climbed Mt. Everest more at that time than any non-Sherpa mountaineer.

After seeing the movie, Kip and I have spent most of the weekend discussing leadership failures and what we can learn from this disaster to apply to our lives. Here are some of our thoughts.

Not following our own safety rules.

Expedition leader Rob Hall had made a hard rule that he called the “2 o'clock window.”

For a crew to safely make it down from Mt. Everest, they had to leave and hit the summit before 2 pm so they could turn around and make it down safely.

When you're the veteran and you know the safety rules, you'll have to stand firm with the amateurs

Admittedly, the expedition made it up Everest later than planned, mainly because the sherpas had not set the ropes to ascend up “the Hillary Step” portion of the climb.

Too many people were trying to make the climb.

There were an excessive number of climbers on the mountain that day, so there was also a bottleneck. The guides refused to work together, and everyone insisted on attempting to make the climb at the same time.

Understand the impact of others trying to do the same thing. Sometimes we have to change our timing because others won't change theirs.

A refusal to look at reality.

Some climbers turned back, but most did not. Rob Hall's first group was very close to the 2 pm window, and then after he started leading them down, he went back up.

So, on the way down, around 3 pm, Rob encountered postman Doug Hansen who refused to go back down. This was his third time attempting the summit and Doug did not want to go back without having climbed it.

You see, Doug Hansen had a good reason for wanting to get to the top — he promised a group of school children that he'd plant their flag there. He didn't want to disappoint them.

Rob wouldn't leave him and ascended back up with him to the top. That was the single mistake that may have killed everyone.

When the Goal of One Can Destroy Everyone

Would all of the others have died if Rob Hall had not stayed with Doug Hansen?

Doug's goal of making the school children happy cost him his life and the life of two other men and possibly the lives of many others down below who didn't have Rob's leadership to get them off the mountain.

I know we want to keep our promises to the children, but sometimes the mission of preserving the team is more important than a specific achievement.

Some people in your organization have individual goals. That is fine. However, when a person's private intent threatens the group, you have to say no to the individual's dream for the good of the group.

Compromise Can Kill the Dream and People

While hindsight is 20/20, throughout the tragedy, we see Rob Hall, the man in charge – the leader – compromising. People refused to go down. One was snowblind and just waited. Others refused to go back down because they hadn't made it to the top. Still, others refused to cooperate with each other. Finally, some people who they counted on didn't come through to do their jobs.

Making People Happy Can Kill You

And I was struck with one significant thought: making people happy can kill you.

When you're a leader in charge of a team, it can also kill your team and the organization you love.

People who refuse to make hard decisions hurt everyone, even if they make someone happy temporarily.

All of these climbers thought climbing to the top of Everest would make them happy. It didn't.

It made them dead.

They got their wish. Many of those who insisted on reaching the peak are still there at the top of Mt. Everest, frozen solid, wind blowing their hair.

They got to the top and they paid for it with everything they had. They achieved a goal but didn't live the dream.

Leadership in a Crisis

John Maxwell in Leadership Practices in Times of Crisis says,

“In every age, there comes a time when a leader must come forward to meet the needs of the hour. Therefore, there is no potential leader who does not have the opportunity to make a positive difference in society. Tragically, there are times when a leader does not rise to the hour.”

Michael Catt, the pastor of Sherwood Baptist Church (and my pastor), said in his sermon series on leadership, Not on My Watch,

4 Reasons for Loneliness in Leadership

Pastor Michael Catt goes on to talk about four reasons for loneliness in leadership:

And when leaders who SEE and SENSE danger aren't willing to ACT before others are willing to do it — they FALL. They fail those following them by refusing to lead.

Rob Hall by all accounts was a great mountain climber. And certainly, as Hollywood does, there may have been some poetic license with his character.

However, the bottom line was that he was unwilling to make people do what they did not want to do. He was reluctant to disappoint people.

And nice got him killed.

Sometimes we leaders must recognize and know when a worthy goal is being pursued at the wrong time and the wrong place in a way that is detrimental to the mission as a whole.

Leadership can be very unpopular.

And the price of genuine excellence is sometimes being perceived as a quitter when, in reality, you're saving people from a mission gone awry. Or even more, we're saving the organization from one person with a personal mission that can cost us the whole organization.

This post is day 25 of 80 days of excellence. I've created an email list below for those of you want to be emailed the full posts written as part of this series.