If social media has given us the gift of being afraid to speak the truth in love, then we are a sad lot indeed. Speech isn't free, it often costs our speech of mind, but the flaw may be inherent in Facebook's design. It is designed to make us feel good with the partial reinforcement of being “liked” every time we go there. Every human wants to feel liked, so they are catering to that desire.

But liking you as a person and liking what you say are two different things in life.

The deafening silence of the lack of respectful discourse on issues that matter is upsetting.

We only have a “like” button on Facebook. This is not a good thing for balanced conversation and news sites like the Wall Street Journal are carrying stories agreeing with this perspective. There has been a scam running for years claiming to allow people to install the dislike button. People want to do it, they just can't.

This makes it feel like “me and my buddies agree and you don't, so you're wrong” on almost every issue. No one wants to disagree because they literally know they aren't liked in that group and will be the butt of a group of people who all agree. I know what Zuckerburg was doing, but for meaningful discourse it isn't a good thing.

It makes it perfect for marketing. People can easily “like” your product, but to say they dislike it, they have to put it in writing and take the time to comment – something that is easily blocked.

We need to be able to follow things we don't like to learn and converse
Facebook isn't the best place to have conversations and yet so many people are having them there. There needs to be a way to track conversations on topics where you “disagree” and don't “like” but the only way you can follow conversations now is to “like” them which implies agreement.

It is all “feel-goody” from a partial reinforcement standpoint but as it relates to real life, it is a lie.

The very nature of Facebook is to ostracize and gang up on the dissenting voice. By nature it makes majorities of people who circle around conversations. Just because you have a group of friends who agree with you doesn't make you right. The majority isn't always right either.

So, then, you have these odd statements that languish with no likes, but the person who writes them has no idea that the statement is off or offensive. It is good for Facebook but is it good for the person?

They liked it, so I'm OK.
I remember once that a Mom posted horrid things about her 10 year old son on her own Facebook page. In a small town like mine, such things will haunt her child forever. I messaged her privately to mention that I'm not sure she came across as she intended. Her flip response was “well I had a bunch of people like it so it was OK with them, they got it.” No they didn't, I heard someone talking about what she said later as shocked as I was that she'd say such a thing.

She heard what she wanted to hear. In 4-5 likes out of her thousand something friends, she heard an endorsement. In the quietness of the lack of likes, I saw people mourning for a Mom who put something out there that she'd regret later.

Like doesn't mean you're right. It might just mean someone likes you and sympathizes with you – not that they like what you said. The two are so confused.

Ranting Encouraged
Now we're in the political season and I read the other day that a study showed that if a friend rants on Facebook about a political issue, that other friends are more likely to change their mind. So, now, political parties could, quite literally, encourage ranting.

There are times to rant, of course. There are issues worth ranting about. But the pure evil of one candidate over the pure angelicness of another are lies. No man is perfect and there are things every candidate has big issues in my mind. Don't give me this “my candidate is a better person than the other candidate” stuff. I want facts and rants are often personal attacks. It is the nature of the political beast.

You can like it or you can engage the ranter in conversation if you disagree? Those are your only two choices? Are we all idiots? You never fight an angry man or woman on their own turf and that is what you're doing. Then, you have to ruin your whole day by seeing who said what in the ridiculous escalating conversation that if you ignore, will leave you looking like an idiot. Come on! Who does that unless they just love fussing. I don't. 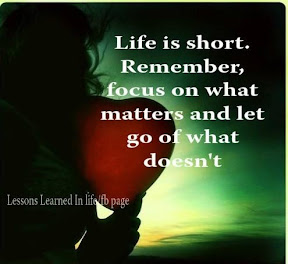 I may not agree with a person to want to follow in on the conversation and I shouldn't have to fill up my bookmark bar to do it.

I have to “like” a political candidate to follow what he/she posts publicly on Facebook. Really? That is an endorsement. Maybe I want to read and get to know them, but that is going to be hard to do. I guess I can follow them personally, maybe that is what I'm supposed to do. But isn't that still public for everyone to see? Once I like someone, everyone thinks that is a vote, and I'm not willing to do that, especially now that our likes are basically used as advertisements. (Someone goes to a political candidate's page and they'll see their friends who “like” that candidate.)

Wake up to the flaws in Facebook
There are times in my life when I have woken up and realized something is amiss.

The way Facebook is designed inherently causes mob behavior and I don't like it one bit. I'm so glad that everyone can feel good about how much they are liked but we have real world problems to deal with and Facebook is where many people go to talk about them. It may not be the best forum for balanced conversations where multiple voices are heard.

So, talk about issues, but if you want to have real, multiple perspectives, you will have to go somewhere else. The problem is that “everyone” is quite literally on Facebook and so these flaws will continue to influence society in ways that are not for the best – the polarization of people. Right now we need common ground, not a widening chasm.

I dis-like the echo chamber Facebook is becoming. So, for now, I'll just leave these wandering thoughts out here on my blog and continue to ponder a social media platform that is good at getting people to come back but may actually be harming the discourse we need to have in society.

All Posts »
PrevPreviousDaily Education and Technology News for Schools 09/22/2012
NextTeach This! Teaching with lesson plans and ideas that rock 09/22/2012Next