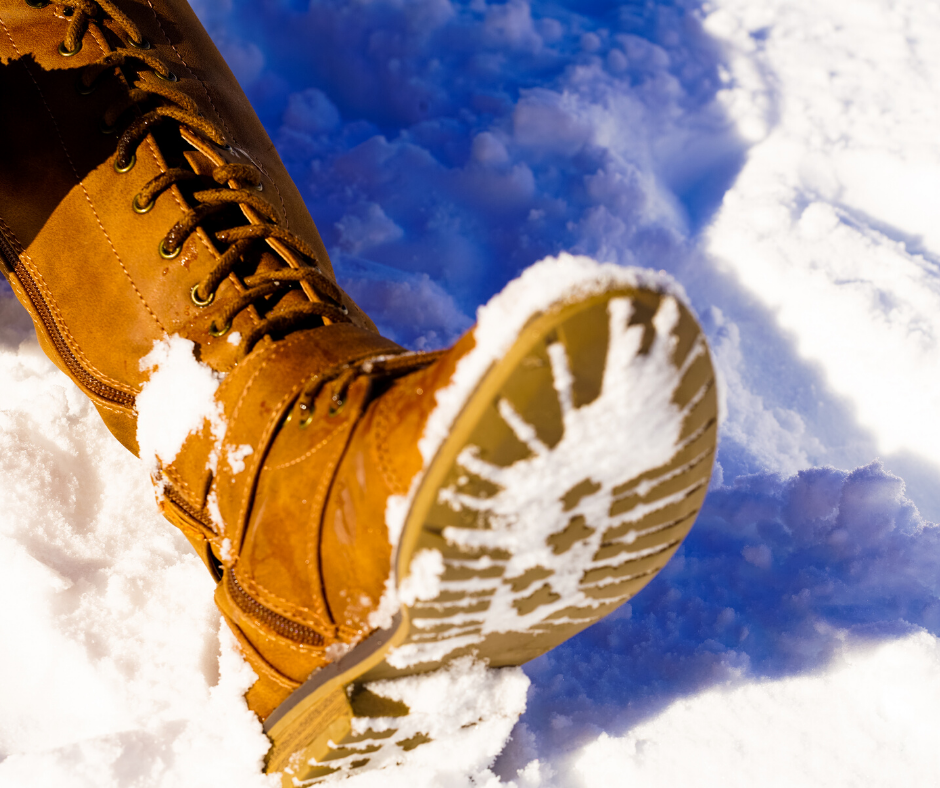 Jeff Goins tells a story about Walt Disney in his book The Art of Work that I don't recall hearing before. It reminds me of some painful pauses many creatives have had throughout history. The story goes something like this. 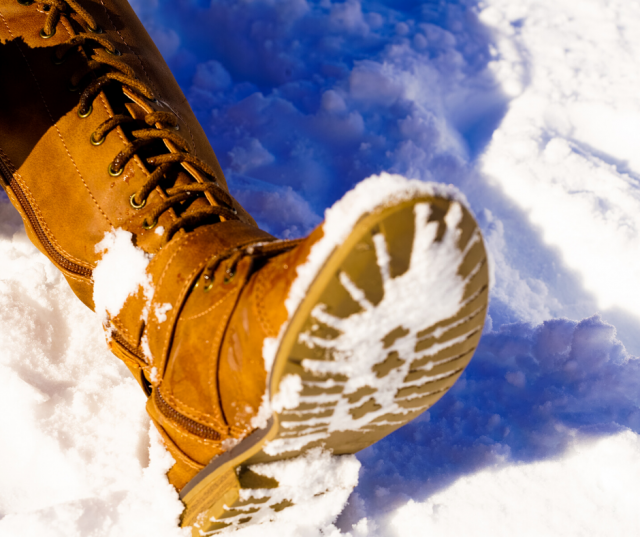 Walt Disney grew up in a home that struggled to pay the bills. There wasn't much room for an excess of any kind. Walt was also struggling with what to do in his future and didn't know. College couldn't happen for him because his family didn't have the financial means. But additionally, Walt had trouble paying attention in school, and his grades were poor. What would Walt do?

Well, at the time, Walt was delivering newspapers. It was cold outside, and so when Walt saw these boots, he asked his parents for a rare but significant expense. So, that Christmas, Walt found the boots Walt longed to wear under the tree. Joyfully, he wore them as he delivered newspapers.

One day, Walt was heading after work to meet some friends at a soda fountain. He saw a big chunk of ice and decided to kick it with his boots. As the ice gave way, Walt felt a searing hot pain and then an icy freeze as a nail emerged from the chunk of ice to go through Walt's boot and big toe. After piercing his toe, the block of ice and nail refroze Walt's foot to the road.

Walt screamed in the street for help until finally, a wagon driver stopped and chipped Walt's foot out of the blood-red ice to take him to the doctor. After the doctor pulled it out with pliers and gave him a tetanus shot, Walt was sent home. No pain killers were given to him to dull the healing toe.

Walt was in bed for two weeks. Walt's biographer Bob Thomas said that no one knew what happened in those two weeks but that by the time Walt was healed up and able to go around town again,

“he had decided he wanted to be a cartoonist.”

Walt Disney's painful pause redefined his life. The origin of the “Happiest Place on Earth” might just be a teenage boy's bedroom where he looked at his toe in agony.  I wonder what would have happened if someone had given Walt pain meds. (Not saying pain meds are bad, just thinking here.)

So, at some point during a trip to Skywalker Ranch a couple of years ago, a person told me this story about George Lucas, the creator of Star Wars, – which has been printed in other places, but I'll tell you as I remember it.

George's parents were avocado farmers, but George loved drag racing. He had a terrible accident on June 12, 1962, three days before his high school graduation. He was thrown from his car on the third roll as it wrapped around the tree. As the paramedics arrived on the scene, George wasn't breathing and had no heartbeat.

He was revived and spent months in the hospital, learning how to walk again. Someone gave him Joseph Campbell's Hero with a Thousand Faces, which George read. Intrigued, he started penciling the script for Star Wars on a yellow legal pad at that time.

Now, this is how the story was told to me, so I'll stick with that. In the end, although George claims no interest in movie making, through his painful pause, he emerged as a creative movie maker and director. George Lucas' painful pause redefined his life.

What is Your Painful Pause?

These days it seems many of us are so eager to escape the pain that I wonder if we miss the lesson it is trying to teach us.

In Philip Yancey's book The Gift of Pain, he talks about what happens when someone experiences no pain. An absence of pain is a side effect of leprosy and in the book – which I recommend – he digs into Dr. Paul Brand and his pioneering work with leprosy patients.

By not feeling pain, people with leprosy walk their foot off, end up with nubs of fingers, and have many disfiguring things happen to their extremities. In this case, pain can be a gift because it prevents future damage.

Pain can help us know we are doing something harmful or that we need to have help in an area.

In my last few surgeries that needed pain medication, Kip and I marveled just how many pills that were given to me for “the pain.” Sometimes I've felt like pain is treated as something that we must avoid at all costs. I'm not so sure this is true.

Other Kinds of Pain

But there are times in life we all feel the pain of another kind.

Pain is Part of Life

We're born into this world crying and dying. Pain is part of our human existence.

I'm not here to dismiss the pain. I currently do not have chronic back problems or chronic pain – although there have been times in the past when this was true. I do not wish pain on anyone. If you're living it, I'm so very sorry. Chronic pain is awful and no other human being can truly understand what you're going through. I'm just sorry if you're living it every day.

Yet, I've seen people live through chronic pain, debilitating diseases, and hardships with joy. How?

But as one studies history, we see great leaders suffering from the pain of depression (Abraham Lincoln, Winston Churchill, and some claim, Mother Teresa.) We see sickness and illness (Disney and Lucas in this example.) We see the loss of loved ones close to people. (I think of Horatio Spafford who penned the song “It is Well With My Soul” as his ship passed over the spot where his four daughters drowned in a tragic accident. Such a beautiful song from such pain. How?)

What Will You Do with Your Pain?

It is not whether you have pain but rather, what will you do with it?

In my life, there have been moments when the pains of life almost debilitated me.

My word for last year was “freedom,” and it kept cropping up as a theme in my life throughout the year.

We were at a prayer conference at church in February, and my journal shows me that my pastor and his wife out of the blue prayed for “freedom” for Kip and me. I hadn't breathed my word of the year to anyone.

But lo and behold, the pain we experienced this past year — some setbacks, my son's concussion, the loss of a student and some other things I won't mention — while processing this pain something has happened.

I've learned that if we turn inward, there is no end to the sliding shaft of sadness that one can go down. If you think you've slidden down, you'll go down further. While healthy introspection is good, unhealthy pity parties are no good.

I've found that turning up towards God and out towards others has given me the healing and help I've needed to experience the freedom I so longed to have.  I've also learned the power of authentic relationships and encouragement. The power of persistently loving people and not walking away, even when they hurt you. The power of prayer and the power of being vulnerable and open with a few people close to you so you can get encouragement and help.

The Pathway of Pain

So, in 2020, somehow, through the grace of God through the pain, I do feel that this year is a freeing year. Perhaps one of the biggest struggles for me has been the paralysis of people-pleasing.

If you're always considering how you please others, then you'll never break out and become the cartoonist, the producer, or the person you're born to be.

You are a Masterpiece

Each of us is a masterpiece. You matter. You are important. Your life is unique, and you have a unique contribution to make to the world.

And pain is not wasted if we don't waste it.

If we allow the pain to help us search for truth and to seek the discipline to break out of our ruts and stop saying those “buts” that keep us from truly living life – then pain can be a beautiful contribution to a life well-lived.

I don't wish pain on anyone, but if we've gotta have it, we might as well use it.

I would never want to end life and realize I never lived it. The pain of a wasted life would be horrible.

Pain can help us use our life well if we pause and find purpose in the pain.

The deepest pain can often reach into the vast crevasses of our soul and cause us to ascend.

i am sorry for the pain you experienced and thank you for sharing and writing this meaningful article!

Thank you so much for being faithful to write this. As you said, pain isn’t something we wish on anyone, but there are times it frees us to be the people God meant us to be.
Carol

I love this. It is a pearl of wisdom that digs deeper than normal teacher blogger posts about burnout, etc. I truly appreciate the reminders in here that there is beauty or at the very least growth in the difficult moments in life.

Thanks! Turning to God and helping others is a core to my philosophy. Thanks for sharing how you live this out.