Joe Fatheree helped co-organize a recent national summit on school safety in the United States. In today’s show, Joe talks about the summit, what schools are doing nationwide on safety, and the need to help lonely children who are struggling. 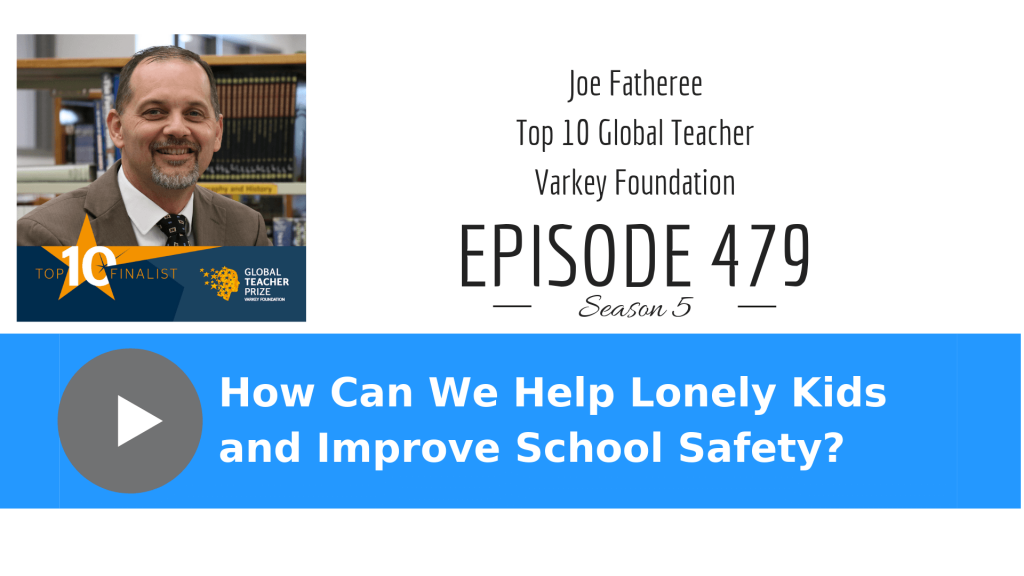 Listen to the Show

Joe Fatheree is an award-winning author, educator, and filmmaker. He has received numerous educational awards, including Illinois Teacher of the Year and the NEA’s National Award for Teaching Excellence. He was recently named one of the Top 10 Teachers in the World by the Varkey Foundation. He has served as the Director of Strategic Projects for the National Network of State Teachers of the Year in Washington, D.C. and is the instructor of creativity and innovation at Effingham High School in Illinois.

Fatheree’s television work has aired nationally on PBS, The Documentary Channel, Hulu, and the MLB Network. He is the recipient of 3 Mid America Emmy Awards and a Telly.

Comment | Share | Tweet | Share | Pin It | email
Categories: Administrators, All Grades, Disaster Preparedness, Education, Elementary Grades 1-5 (Ages 6-10), High School Grades 9-12 (Ages 13-18), Middle / Junior High Grades 6-8 (Ages 10-13), Policy Makers, School Counselors, Society and Ethics, Thought Leader Thursday
Disclosure of Material Connection: Some of the links in the post above are “affiliate links.” This means if you click on the link and purchase the item, I will receive an affiliate commission. Regardless, I only recommend products or services I use personally and believe will add value to my readers. I am disclosing this in accordance with the Federal Trade Commission’s 16 CFR, Part 255: “Guides Concerning the Use of Endorsements and Testimonials in Advertising.”