You can tell a lot about a person by how they handle criticism. Those who immediately dismiss criticism neglect the fact that most criticism, even that from an enemy, carries with it a grain of truth or no one would believe it.

While not every person deserves a response nor does everyone deserve to be heard, when someone loves you, you must listen even when it breaks your heart.

And then, for me, I take it. Pray over it. Examine my own heart and motives and determine what I believe is truth.

“The trouble with most of us is that we would rather be ruined by praise than saved by criticism.”

So, hear your critics- especially when they know and love you– and examine your heart. Yet, also remember a few other things. 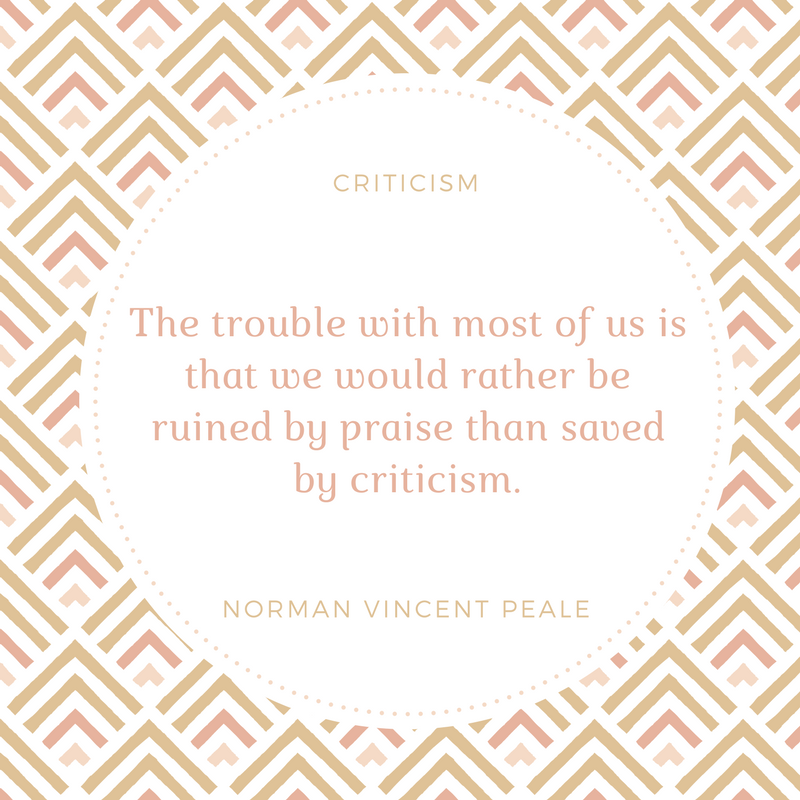 “Whatever you do, you need courage. Whatever course you decide upon, there is always someone to tell you that you are wrong. There are always difficulties arising that tempt you to believe your critics are right. To map out a course of action and follow it to an end requires some of the same courage that a soldier needs. Peace has its victories, but it takes brave men and women to win them.”

My Dad always said to be happy when you attract critics because people don’t criticize people who are doing nothing.

And in the end, I must quote Theodore Roosevelt for I have whispered these words in the night as they bounced off the ceiling and echoed into my heart,

“It is not the critic who counts; not the man who points out how the strong man stumbles, or where the doer of deeds could have done them better. The credit belongs to the man who is actually in the arena, whose face is marred by dust and sweat and blood; who strives valiantly; who errs, who comes short again and again, because there is no effort without error and shortcoming; but who does actually strive to do the deeds; who knows great enthusiasms, the great devotions; who spends himself in a worthy cause; who at the best knows in the end the triumph of high achievement, and who at the worst, if he fails, at least fails while daring greatly, so that his place shall never be with those cold and timid souls who neither know victory nor defeat.”

There is a great talent when one deals with criticism.

Knowing what is true that matters.

Knowing what is true that is an expected consequence.

And knowing what will keep you from progress.

Consider the last criticism you received. Did you reflect upon it? Did you consider it?

Is this criticism a pathway for an opportunity for improvement or is it an anchor that will hold you back or a diversion that will distract you from your task? Knowing the difference makes all the difference.

If you want to be excellent, you have to understand that all criticism isn’t created equal. 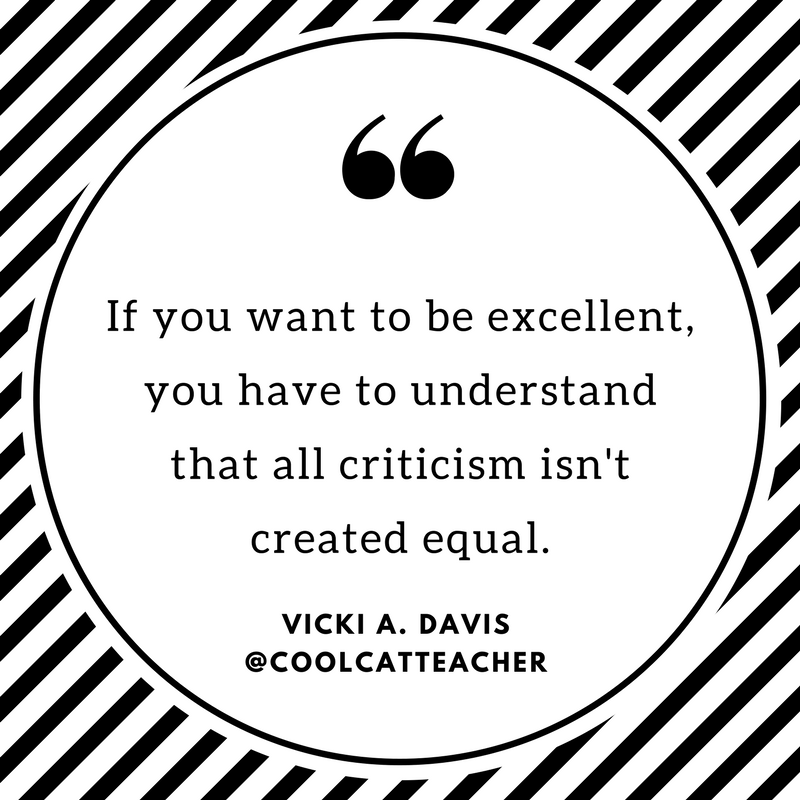 This post is day 32 of 80 days of excellence. I’ve created an email list below for those of you want to be emailed the full posts written as part of this series.

Comment | Share | Tweet | Share | Pin It | email
Category: Education
Disclosure of Material Connection: Some of the links in the post above are “affiliate links.” This means if you click on the link and purchase the item, I will receive an affiliate commission. Regardless, I only recommend products or services I use personally and believe will add value to my readers. I am disclosing this in accordance with the Federal Trade Commission’s 16 CFR, Part 255: “Guides Concerning the Use of Endorsements and Testimonials in Advertising.”