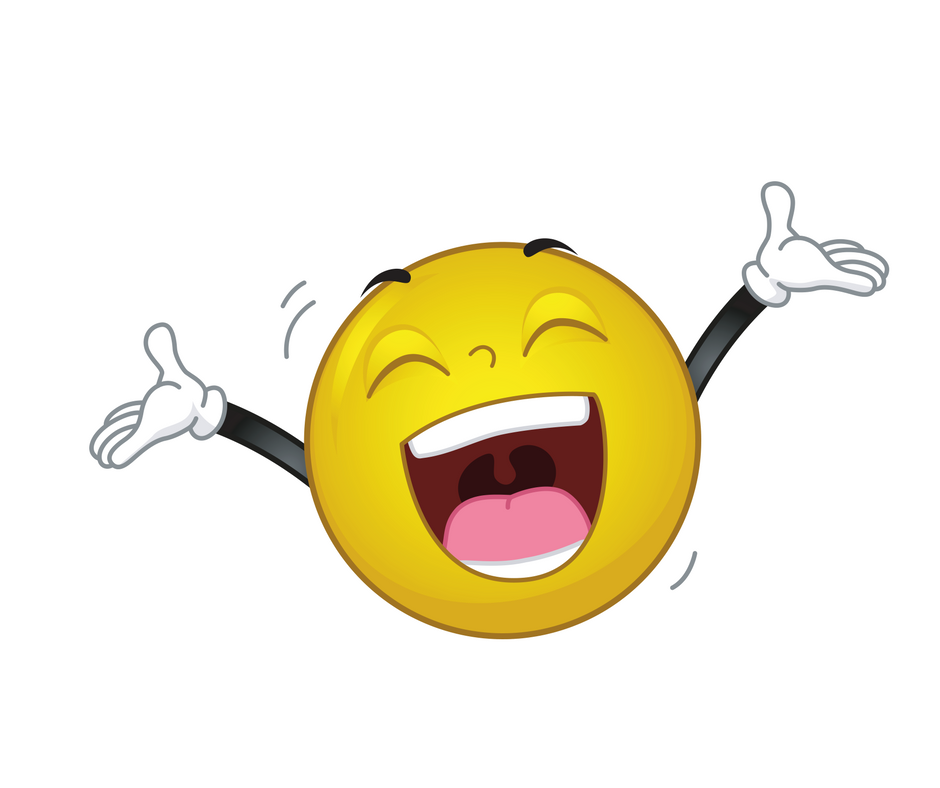 Find a Way to Laugh: Funny Mishaps and Misunderstandings in My Classroom

Home » Education » Find a Way to Laugh: Funny Mishaps and Misunderstandings in My Classroom

Part of loving life is learning to laugh. The harder life is for you right now, the more you need to laugh. And I'm not just talking about watching a comedy but finding funny moments.

So, today, think about the funny things of life. Here are a few that I'd like to share with you. And I hope you won't judge. Something funny to me may not be funny to you. ;-)

I think part of being a teacher is not to take things too seriously. Here are a few you might find as amusing as I did:

A student borrowed a friend's phone and Facetimed with it. Then she put it on the Wonderbot (a little robot you can drive around). Then, she drove it around the school visiting classrooms.

So, basically, you had a little blue robot with 3 wheels. IN the front, you had a tray with a phone and her face was on the robot talking to people. Back in my room, the students were driving and looking at the other phone which they had hooked to my Monster TV to see the people they were talking to throughout the school.

One teacher misunderstood what was happening. She came outside her room and the little blue robot turned to her and said, “hi, are you having a good day?”

The teacher grabbed the robot and started fussing at it. She closed her door as she fussed at the person on the robot. What she didn't know is that her face was really large on my big screen in my room where the students were “driving” and facetiming. The students started calling me for help.

Even worse, when it lost connection, the Robot itself started saying “help help.” The further away it got, the louder and more frantically it yelled.

The teacher got very unhappy and I had to apologize on behalf of my robot. She put it in detention and wouldn't give the robot back until the end of school. I still think it is funny but do tell this story (without naming names) to share with my students the importance of being responsible when driving robots around the school and how we are not to interrupt other people's classes.

Building a Building on Someone

When my students built in Open Sim, a tool similar to Second Life, two students built a building around their friend and wouldn't teleport him out. He didn't find it funny and I had to get involved.

This shows kids will do not so nice things in any environment. It wasn't an over the line case of bullying but there have been cases of bullying in virtual environments.

In the early days of Open Sim, my students had helped build a virtual world to explain digital citizenship. It had all kinds of objects teaching about how to be responsible online. A BBC reporter wanted to come in the world and see what they had done. So, we set up Skype so we could talk and helped him set up his avatar.

My students had built an underground aquarium but I hadn't toured it yet. The BBC reporter went through the world and the kids said they wanted to take him to the aquarium. They asked him to come sit down on a bench, but as he was sitting, my student got out the words,

Well, the reporter had picked an ejection seat that a child had installed as a joke. He was thrown into outer space. We had to help him and teleport him back in so we could continue the tour.

There aren't many who can say their kids launched a BBC reporter into outer space.

Probably the worst things happen when students forget to log out. Every student has their own ID, so this slows down the next student who comes into class if the previous student hasn't logged out. Plus it is a security risk and I want students to learn to log out.

So, they'll often change each other's screensavers, flip the screen sideways or do other hacks. A recent hack that made me smile was when an annual-staff student sat down and said,

“No matter what I search, everything turns into Nicholas Cage.”

The previous prankster had installed nCage, a Google Chrome extension. Then, they logged out. When the annual-staff student had logged on the next day, this extension took over and turned every image on every web page into a random picture of Nicolas Cage!

Another popular prank if a student doesn't log out is to go into the autotext in a person's Microsoft Word and to set it to change words automatically.

Perhaps the worst I've seen is a person had the word “the” turn into the word “idiot” over and over. I believe they found the prank online.

So, every time the person typed the word “the” it would autocorrect into the word “idiot.” Another one changed the person's name into “learn to log off.” That was perhaps the best reminder!

Either way, we had to learn how to fix autotext those days but I did have to smile.

Another funny one is the “just do it” Shia Lebeouf motivational app extension that gives a little motivational speech from Shia Lebeouf. In this extension, someone cut out the greenscreen so Shia appears in front of whatever task they're having to do at that moment.

I had some procrastinators install it. When they would procrastinate, they would play the speech before I could get to them and encourage them to “just do it.” We all thought it was funny but I only let them play it once and then they had to get started. (Otherwise it was just annoying.) Here's the screen and you can see how funny it might be on a sleepy Monday morning.

So, when I got my Infocus Lightcast Board, I was setting it up. As I did, some students named it John Cena. I left it on the board. If they want to cast their iPhone or Computer screen to the board, they look for “John Cena” to send it.

The other named item in my room is Bob Marley. Many years ago, before my first 3D printer was working properly, it would smoke and jam. A student said,

“Let's name him Bob Marley because he be jammin' and he smokes.”

We still call our 3D printer Bob Marley to this day although he never jams or smokes anymore.

Encouraging Kids to Code With a Well-Placed Fight Song

One of the earliest things that happened was my own joke on a student. We had just started with Lego Mindstorms and the kids were programming.

One group refused to even try.

So, after another day of them refusing to program in a meaningful way, I took the robot and programmed it to sing “I'm a Ramblin' Wreck from Georgia Tech” after class.

When they came in the next day and started operating it, they were furious and wanted me to take it off. I told them the only way to remove it was to program it out of the robot and to program in what they wanted.

They became my best programmers!

Plugging in a second mouse can let you do many things as a prank. I've had students wait half a class period before randomly moving the mouse on the screen.

The person with the second mouse will move the mouse every so often and make the person think their computer has a hacker on it.

Find a Way to Laugh

Now, I can go on and on. Pretty much every single week there are several things that are “gutt busters” and me and my students laugh hilariously. We have to live life this way. We need the laughter and the levity!

Sometimes it is pranks but most often, the things we laugh at are just funny moments in time when something hilarious happens and it strikes us as funny.

As we talk about excellence, let's remember not to take ourselves too seriously. The easiest and perhaps best person to laugh at is yourself.

Are you finding times to laugh? Are you looking for little moments when something is funny? If I asked you about something hilarious that happened recently, could you tell me at least one thing?

Some of the most awesome people tend to be very funny people, not necessarily because they can tell jokes but because they just look for funny things and find them.

Have a laugh this week. You'll be glad you did and so will the people around you.

This post is day 36 of 80 days of excellence. I've created an email list below for those of you want to be emailed the full posts written as part of this series.