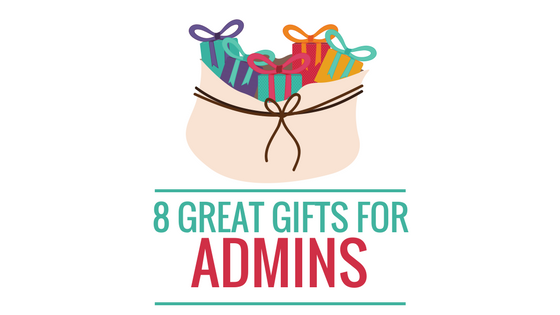 Dr. Frank Buck, author of Get Organized: Time Management for School Leaders, talks about what to get administrators (and what not to give them.) We have an entertaining chat about all the ideas to make this holiday season very special for your administrator.

Today’s Sponsor: Bloomz is the tool I chose for parent/teacher communication. To find out why read www.coolcatteacher.com/bloomz or go to bloomz.com to get started setting up your school or classroom now! December and January are great months to roll out Bloomz with your parents, so you can start 2018 strong.

Task Clone Give Away

We’ve had productivity shows. We’ve had shows where we have talked about all kinds of tools and tips. But today, we’re going to talk about EIGHT GREAT GIFTS for Admins.

And one not-so-great gift.

So, Frank… Where do we start in getting a gift for our administrator?

PLEASE don’t give the principal another Christmas tie. As an elementary principal, I could wear a different Christmas tie every day from Thanksgiving to Christmas and not get them all worn.

Vicki, I’d actually have to start on Labor Day in order to get them all in. So, no Christmas ties.

Frank: But let me start with my first “DO GIVE,” and this was something given by the kids in second grade one year. Every child wrote their own chapter book.

Now, it was about the school, and all of the chapters were standardized, but the children wrote their story, they illustrated the story, and Chapter 8 was called the “The Man in Charge.” That was me.

And unbeknownst to me, before they bound the books, the teachers took everybody’s Chapter 8, made a good clear color copy, had the children autograph it, bound it in a book, and gave it to me.

Frank: Right now, those children are about to graduate from high school. But I still have that bound book right in the entranceway.

So, number one… something that the kids made.

Vicki: I love that! That is so touching! Isn’t it?

A lot of our listeners are great bakers. Pies and cakes.

But give the principal a certificate for one. Don’t give them a cake now, because you and I both know what schools are like in December. There’s food EVERYWHERE! The problem is that there’s not enough flat surfaces to put out all of the food.

But if you go back in March and April, and the cupboards are BARE. So give the certificate, which the principal can then exchange in March or April, for that cake. They’ll love every morsel of it!

Vicki: They will. And if they give it to you anyway… (laughs)

Yes: A Subscription to a Cool Tech Tool

Number three… If you’re talking to me, we’re going to talk about tech at some point. So number three is a gift of a Premium Evernote Subscription. I can’t talk enough about Evernote. I used the free one for a long time, but it makes all the difference in the world, getting the premium version. It’s around $70 a year. Maybe we can put a little link in the Shownotes that a teacher can go to to really get the information on how to give a gift subscription of Evernote.

Yes: Task Clone to Link Evernote and their Calendar

Frank: Number four… If the principal maybe already uses Evernote and uses a digital task list, like ToodleDo or Asana or Todoist… any of the major ones.

There is a wonderful service that not enough people know about yet. It’s called Task Clone. It lets Evernote work together with that digital task list, and it’s only like $15.00 a year. It’s wonderful!

And the developer e-mailed me yesterday, and said he’s willing to give five free gift subscriptions. So we can talk about maybe how we can award those to five lucky people, and put that in the Shownotes. But it is a wonderful, wonderful service.

Vicki: We will do that give-away! What a way to celebrate!

Think about your principal and what they sort of carry around with them all the time.

Like if there’s that laptop that they always have under their arm, but the sleeve that it’s in is sort of ratty. What about a nice leather sleeve that they would really be proud of?

Or if they use a paper journal, but it’s sort of like a spiral notebook that’s really ratty? Maybe invest in a nice paper journal, so that when they pull it out, it really looks professional.

And then other people say, “Where did you get that?” And they can say, “My faculty gave that to me.”

Vicki: Just noticing what they love, you know?

And then number six… Think about a hobby that the administrator has. Absolutely nothing to do with school. Give them something related to that hobby.

So you might need to call somebody who’s kind of in that arena to ask them, “What’s the latest and greatest thing that’s come out that the administrator might not yet have. And then get them that.

So that’s my number six tip.

Who is your administrator’s favorite author? Who is that person that they’re always talking about. Get a book by that person, and get the author to not only autograph it, but write a really nice message that makes it sound like they know your principal. It maybe includes a couple of things that are near and dear to your principal’s heart.

Now I think that the easiest way to do that is… Most of these people speak at conventions. So somehow be able to grab a book from the bookstore, grab the speaker in the hall, and say, “Hey… would you consider autographing the book…” And have something written out for them so that in just a minute or so, they can do that. Your principal would love it.

And by the way, I would be delighted — not because I am the greatest author in the world, but I’d be delighted to kick you in a copy of my book, autograph it and write a message just like I’ve said, for some lucky listener.

Vicki: And the book is a great book for helping administrators get organized. And sometimes, authors will, on their website, give you the opportunity to order signed books there, if they’re still living. So that’s another place to check.

Frank: The eighth and final tip… If your administrator has as much grey hair as I have, and they’re toward the end of their career, and they have just about everything, then think about a gift that is going to help that principal leave a legacy.

It might be… if there’ a brick project out there, where you can buy a brick that’s going to have that principal’s name and the dates that they were principal… That’s a good one.

Maybe commission a portrait that’s going to hang in the school for the rest of eternity.

Name something in the principal’s honor. Something that, when that principal is no longer the principal of that school, that’s going to let the teachers and the parents and the students for decades to come still remember that person.

Vicki: My headmaster, that I loved dearly, Graham Lowe… We named the gym after him my senior year, when I was on student government. We surprised them! How do you hang a cement thing on the wall and surprise them?

Vicki: But I remember it too.

When you honor people you care about, it’s a great memory for both of you. What a fitting way to really give a gift.

Name an award after them. Do something special that helps them live on in people’s minds and hearts, and celebrate who they are, and what they’ve done.

Frank: (agrees) It helps them leave that legacy.

Vicki: I love it.

Frank: I hope that this gives your listeners some ideas so that we can give a gift that’s really going to matter.

And it’s not going to be another Christmas tie. 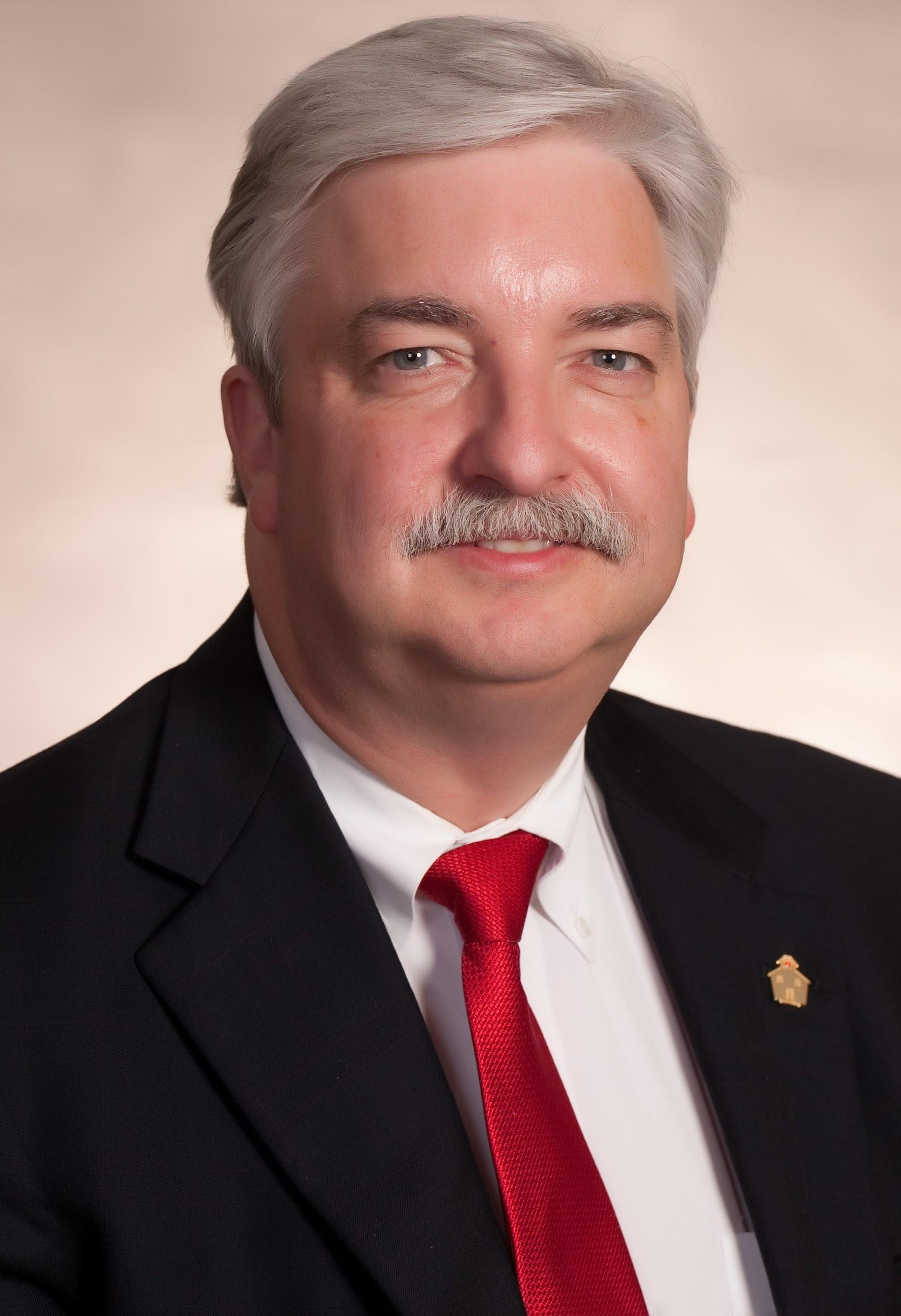 Frank Buck is a veteran school administrator, public speaker, productivity coach, and author of Get Organized!: Time Management for School Leaders. He has spoken to audiences throughout the United States and internationally to help busy professionals achieve total control over their time and the peace of mind that nothing is falling through the cracks.

Get an ePortfolio Sample in your inbox

Love project based learning but don't know where to start? This eportfolio sample is an example of something I'm sending to my newsletter with this post.

Don't miss out. Sign up now and I'll send you a copy of this eportfolio sample I've used with my ninth grade Computer Fundamentals course.

(If you're already on my newsletter, don't worry, I'm sending this to my email list with a copy of this post.)

Loved the administrator gift ideas. I will spread the news. Thanks.