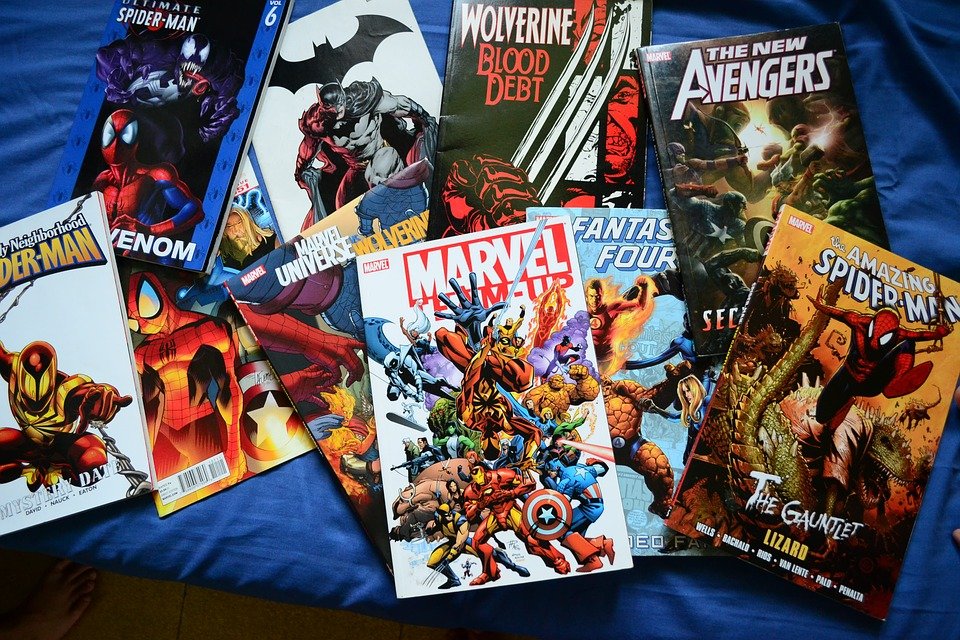 Today Kyle Stern @stern_history uses Marvel's “Civil War” to teach Government Regulation. The test scores show it is working. Understand how a teacher can use graphic novels (a/k/a Comic Books) to meet standards, excite kids, and teach at the same time. It can be done!

And while they can explore a wide variety of topics from the US Constitution to Ecology and Ancient China, I also like that you can assign these nonfiction texts at three different lexiles to supplement what you’re doing in the classroom.

Below is a transcript modified for your reading pleasure. For information on the guests and items mentioned in this show, scroll down to the bottom of this post.

Vicki: Happy Wonderful Classroom Wednesday! Today we are talking to Kyle Stern @Stern_History, a history teacher from North Carolina, about using graphic novels to teach. So, Kyle, tell us about how you taught government regulation.

Kyle: With government regulation, especially with students, it’s not exactly the most exciting topic in the world.

Kyle: (laughs) I know I love it, but they don’t. And you know, there’s tons of ways to go about it. I could drone on and on about specific topics or specific things, but I found the best way with my kids was to take advantage of, you know, popular media. Comic books kind of made this huge breakthrough a couple of years ago, and I’ve always loved them. I found that the best way for me is using Marvel Civil War, which goes into regulation, but of course it’s a fictional telling of it.

What we actually tend to do is use a dual entry log, where I will show them specific scenes from the book and actually do it Reader’s Theater style. So each kid is assigned a specific character, which gets a little bit more of student buy in and engagement, which of course is always what we’re looking for with our lesson plans.

As we go along, we stop after each scene, and we analyze it a little bit. We go over what is this? What happened? So like, for example, the first scene that we always talk about is our catalyst, our thing that causes the need for regulation. So, in the book it’s a school comes under fire, and it’s because these superheroes are not trained, and now everyone’s like, “Well we need to figure something out so this doesn’t happen again.”

And then of course I say, “Alright, what can we equate this to in current events or in recent history that it aligns with?” And of course, a lot of our kids go with something like 9/11… or I always bring up something like Upton Sinclair’s The Jungle which causes the whole regulation of the food industry. And we go into that and we analyze that, and we also do some prediction and everything. So, it’s a lot of close reading, a lot of critical analysis, which takes it a step further. It’s not just this explicit reading that we get in our elementary and middle school levels. We get more implicit. We have them draw details out themselves, which is, you know, that higher level comprehension. It always brings very positive results in my class.

How Kyle got permission to use comics in his course

Kyle: Oh yeah. Absolutely. I actually had a really fantastic first principal at my school. His name was Robert Beal. I brought the idea to him, and he probably had the best response that I’ve ever heard. And he was like, “Well, do you think parents are going to get upset with the fact that their kids are reading comic books in your classroom?”

When he saw that my kids did actually really well with covering government regulations, then he’s like, “Well, don’t fix what isn’t broken.” So, we kept going along.

How well are the students learning government regulation?

Vicki: Yeah, cool! So, you’re teaching with this. How do the kids responding and how well are they learning it?

Kyle: It’s actually really funny. When I introduce it, like any other time when you say, “We’re going to do Readers Theater,” and everything, they all groan. And they’re all like, “I don’t want to read in front of everyone. I don’t want to be a character.” And then it’s even better when the kids are like, “I don’t like comic books. Comic books are terrible. I’d rather read something else.”

Initially, there’s a little bit of push and pull. But then once they finally really get into it, the kids start providing more information. We’re doing like standard callouts in class, and so like in the story, “We have Ironman representing this one group, and we have Captain America representing another group. What do they represent?”

And after a second of thinking the kids will go, “Oh! Ironman represents big business. Captain America represents small business.” Or, “Federal government or local government” kind of things. And they really start clicking especially as the story goes along.

Vicki: So, how long have you been taking this approach with this unit?

Kyle: Let’s see. At my school we do semester classes, so I’ll do Civics/Economics for half the year, and I’ve now done it about four times in my class. And it’s been honestly pretty productive. I’ve had kids come out of the North Carolina final exam for Civics/Economics, and they’re like, “Oh, Mr. Stern! There was a question about Civics/Economics, government regulation, and I definitely understood it, and it was all because of that book!”

And I was just like – and mind you, it’s kids – “I was a little worried if you were going to figure it out. I knew you had the information. I just wasn’t sure if you were going to draw on it.” And I’ve had a number of kids that do it, and now I have rising freshmen who are going to be sophomores this year. They’re like, “Oh, I heard we get to read this in your class! Is this true?” And I’m like, “Well, do you see the whole class set on the bookshelf? I don’t keep it all for myself.”

What other topics would be good for graphic novels?

Vicki: Yeah. Awesome! Now if you had your way, are there some other units you might do with graphic novels?

Kyle: There’s a number of different things that I would like to do. Some of it is just figuring out the best way to take a look at them. I always like to find, for example – I actually did this one in my thesis study, and I think I’m going to push for it this year – is discussing the Constitution, and the different parts of it, and the Amendments.

There’s actually a really great graphic novel, and it’s just, The Constitution: The Graphic Novel. It really breaks it down, and it uses the different literacies that, you know, our student have and we don’t draw on all the time. Like, we constantly have our students read, right?

And not all of our kids – I mean, we would love to say they’re all at grade level or above, but let’s face it, some kids just aren’t. And it helps give them a little more leverage to grasp the information a little bit better. That’s one of the reasons why I really like using graphic novels. I get the kid to read the Constitution, but let’s face it. Reading 18th century writing is not the easiest when you’re just kind of trying to come to grips with the way we read and write in the 21st century. So, adding those pictures, it becomes a little bit more clear. It gives them a new way of analyzing the information.

Vicki: So, teachers, we have heard an idea. You have an example to share, that this DOES work, and you CAN teach – I mean, if you can teach government regulation with graphic novels, what can you NOT teach with it? So, it can be done. I think it’s really exciting, and I love it because, I’m not even going to say “out of the box” because I don’t even like boxes.

It’s just good teaching, saying, “I can use this to teach.” It engages the kids, and it gets kids excited. And so get out there and be remarkable! 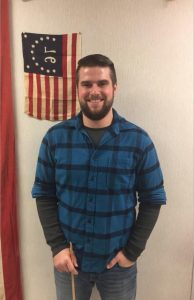 Kyle Stern is a high school social studies teacher at Lee County Schools in North Carolina. Originally from Webster, New York (just outside of Rochester), Stern attended the State University of New York and Fredonia. There he earned his BA in Adolescent Social Studies Education and MS in Literacy Education.

While completing his Master's, he focused on the use of non-traditional texts on expository material. Since coming to Lee County in 2015 he has taught Civics & Economics, World History and is the lead teacher in his school's ACT prep program.

Disclosure of Material Connection: This is a “sponsored podcast episode.” The company who sponsored it compensated me via cash payment, gift, or something else of value to include a reference to their product. Regardless, I only recommend products or services I believe will be good for my readers and are from companies I can recommend. I am disclosing this in accordance with the Federal Trade Commission’s 16 CFR, Part 255: “Guides Concerning the Use of Endorsements and Testimonials in Advertising.)