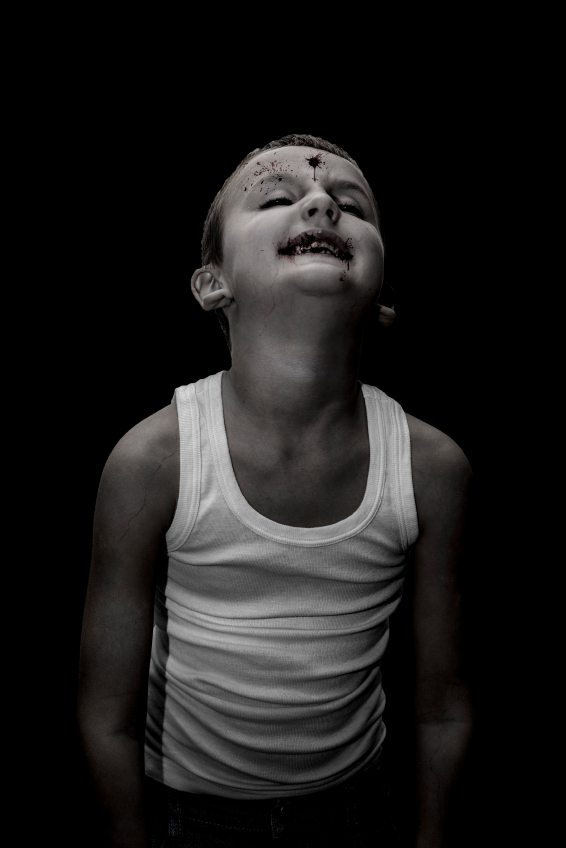 He said as he waved his Lego gun in the air. “See, I told you I could sing!” He exclaimed.

“I have on fweeee kinds of wipstick today. Isn't it pretty?”

said the precious four year old with lipstick smeared from her chin to nostril as she pooched her lips out at me.

Childhood ain't what it used to be

Every time I spend time with young children it is a reminder of precious innocence but also of how we impart so many aspects of society upon their young lives. Perhaps too young.

Another day not too long a go, I played Simon Says with some busy five year olds as I asked them to act like an elephant or seal or rabbit or other animals in nature – things that would be simple from when I was a child. But when I said “Simon says act like a possum.” I got blank stares.

We're in South Georgia. Possums are everywhere. Granted, they aren't the kind of critter you'd really want to see or poke a stick at in your daily life but still, they are here.

But…. vacant looks and blinking eyes… they hadn't a clue. I went through various other animals, lions and tigers weren't a problem but otters and a few other animals were. So, as I struggled, they said, “tell us something fun that we know better.”

I was taken aback and on a whim before I thought about their ages, I said:

“Simon says be a zombie…”

Oh my goodness. Although in my opinion, zombies are way above these children's age appropriate level, every single one rolled their eyes and zombie walked around the room groaning. I quickly went elsewhere but we went pop culture instead of animals and I knew in my gut something has dramatically and perhaps unalterably changed. 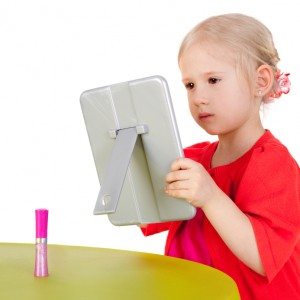 Is childhood lost in wanting to achieve the ideal? Selfies and glam have invaded every age but when you see it in kids, you wonder if we've found something ugly in the quest for ultimate beauty. Where's the innocence of playing in the mud and riding bikes? Free play without caring how you look?

Pop Culture is the new nature of being a child

This is the world that kids live now. Not the outdoors. Not nature. Lipstick jungles, divas, soldiers and first person shooters — this is what these kids understand because they live it and are exposed to it all the time.

I remember over a year a go, I was helping watch some kids play when one girl playing with two boys caught my attention as she said-

“OK, you and I are going to be in the house – you're my boyfriend and you… you be my husband and you come home and find us an be very very angry.”

The teenagers we deserve?

This is a far cry from the tea parties and playing with babies I had as a child. But there's a saying

“We get the teenagers we deserve as a society.” 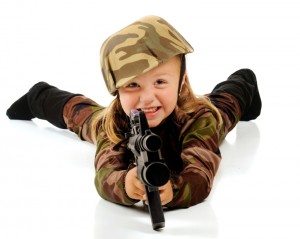 When I was a child, kids played cops and robber with guns made out of sticks. The reality and gruesomeness of some kid games today should wake us up to ask if we like what childhood has become. It isn't their fault. We're the ones who expose them to this.

Society, parents: all of us can share in this

There are things are really not wise for kids to see — but this is on TV 24/7, in a Roku, iTunes, Amazon live streaming world.. We've glorified zombies and vampires and dark things so kids know more about these things than they do the animals outside. We used to protect kids with an early bedtime but they can see anything with a click.

Death and Darkness are no big deal?

We've glamorized youth: teenager youth specifically. So I see younger and younger girls  wearing makeup and wearing provocative outfits at the mall. I wonder if it is so they can be like the divas they admire.  Our children are now privy to intimate facts about the celebrities they follow that we wouldn't have spoken of 10 years a go.

I've found that kids whose heroes are their parents or someone they know to be more grounded and more immune to this sort of thing, but every home has pop culture in it somehow. 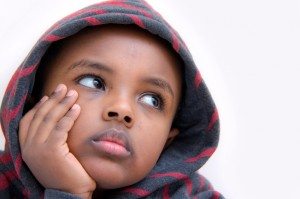 If we love our children, we're going to start asking questions about the world they inhabit and if we've done right by this generation. They aren't afraid of a faceless monster under the bed any more- their monsters have faces and do things that leave some of us adults awake in a pool of sweat at night. I can't imagine the depth of my own childhood fears if I'd ever seen a zombie movie as a four year old. Let's reconsider where we are instead of pointing fingers, though. We can all do something to help children have better, safer childhoods. Sometimes it isn't the violence in their lives but the violence in their eyes we should worry most about.

Not just the games they play, some kids live very hard lives

Too many children live in tough places and have hard lives. Their lives are shaped by hardship and struggle and hunger. We should feed children and love them and protect them. More of us need to help the increasing number of children in hard situations. Mother Teresa said:

But, I have to wonder if, by exposing young children to the unfiltered adult world of steamy romance and gunfights if we're causing even more casualties of psyche than already being caused by the increasing numbers of hungry children. Just spend time watching kids play and it is likely you'll see what I mean.

First of all I love children. I love and adore them. But this is not their fault. They're not born growling like zombies – or trying to be a diva. This is what we impart as parents and as a society. This is what we are and where we are. But just because we fall in a mud puddle doesn't mean we have to like it.

When something important is going on, silence is a lie.

I'm not sitting here as judge because I've got three kids and there were times shows we were watching or movies took a turn that I didn't expect. We're part of this society too. Some of our favorite sitcoms became sitcom non grata because they turned to sex jokes every other minute when they first started off with more family-friendly humor. Be careful when you point a finger at others because three point back at you…

As I think of Twinkle Twinkle – pow pow pow — zombies – husbands catching wives at homes with boyfriends, lipstick and possums – I just have to think how much things have changed and that not all of them are for the better.

If we decide to have a throwback to anything – I hope we bring back childhood. We have a whole generation of kids who could use it.

Photo Credits: iStock Photo, you may not reuse these photos without purchasing your own license.

Now, for those of you who want to judge me or where I've been, NONE of these things happened at the school where I work and they were in a variety of settings where I've volunteered or helped out so don't go pointing fingers at the places I frequent. I'm not telling. All of these were wonderful average, everyday children with great parents. But it is striking enough and has been going on long enough that it is time to say something. Have you noticed this too or is it just something I'm observing where I live? Please share.

Hi Vicki,
You reminded me of a post I wrote about a new social-emotional tragedy of the commons we seem to be experiencing:
http://pairadimes.davidtruss.com/a-new-tragedy-of-the-commons/

As I read your post a couple questions came to mind:
1. How do we reduce the influence of big media and commercialization on our younger students?
2. Do we need to ‘bring back’ anything, or is the issue that we need to ‘go forward’ and develop a (counter-culture?) new way valuing and sharing what is good in world? I think that sometimes we romanticize what used to be, but can never really get back to.
Thanks for sharing this, I will be reflecting on my own influence as a result! ~ Dave

Yes, these are great points. I think it is a matter of valuing childhood and appreciating that kids are not equipped or ready to cope with adult themes. We are desensitizing them to things that may not steal their innocence but certainly tarnish the luster. I don’t want things to be the way the “used to be” as nothing is perfect but bedtime used to insulate kids naturally from more adult content. That barrier isn’t there and play by kids has fundamentally and disturbingly changed. It really bothers me. I don’t have answers except to make us aware and sensitive so we can all be wise about what be let our children watch.— Vicki Davis
@coolcatteacher Blog
Host: Every Classroom Matters
Author: Reinventing Writing
Co-Author: Flattening Classrooms, Engaging Minds
:: This email (and tweets too) are off the record unless we specify otherwise.:: :::: Sorry for brevity as sent from my mobile device::::::