The Perseverance Rover will land on Mars this Thursday, February 18th at approximately 3:55 pm Eastern Time. The live landing commentary will began at 2:15 pm on NASA Television, the agency’s website, the NASA app, and YouTube. Recently, I was able to participate in a Q&A Session with a few of the hundreds of people involved in this incredible undertaking to find out ways that you and your students can participate and also to learn their messages to students about this process. In this post, I hope to share this information and encourage you and your kids to think not just outside the box but outside the galaxy.

Why is this mission important?

This is the fifth mission from NASA to MARS.

Cameras and Microphones. This time instead of a lower quality black and white camera, this Rover has nineteen (19) cameras and two microphones which will document the journey.

Powered Flight. Additionally, a small helicopter will fly on Mars from this rover which will be the first powered flight event on another planet. (The French {Soviets and US also} released some balloons on Venus, so we’re talking powered flight here.)

Collection of Samples. Samples will be collected on this journey and while they won’t return to earth until a future mission picks them up (hopefully in 2031), the plan is to seal and bring them back to earth for research. This landing is in Jezero Crater which scientists believe once held water and was a lake on Mars.

MOXIE will work to create oxygen. The “Mars Oxygen In-Situ Resource Utilization Experiment will work to take Carbon Dioxide (CO2) from the Martian atmosphere (which is very thin) and will work to split the molecules into pure oxygen. It will experiment to see if it can create breathable oxygen.

How can classrooms participate?

1. Register for the MARS Student Challenge

You can register for the MARS student challenge before the Perseverance lands on February 18th. You can access and use the resources and create your own landing vehicles for experiments in your classroom. Although some dates have passed, you can do these experiments any time. Register and join in!

2. Plan to Watch the Landing

3. Incorporate Lesson plans from NASA into your curriculum now

The activities can be filtered by subject, grade, and topic. You can incorporate this into your classroom and play games, create experiments, write, or have conversations about what they would learn if they were managing the Perseverance Rover.

4. Dig into the “Teachable Moments” from NASA

Read information about this landing and watch related videos: https://www.jpl.nasa.gov/edu/news/2021/1/8/take-part-in-a-worldwide-teachable-moment-as-nasas-perseverance-rover-lands-on-mars/#mars2020landing_how 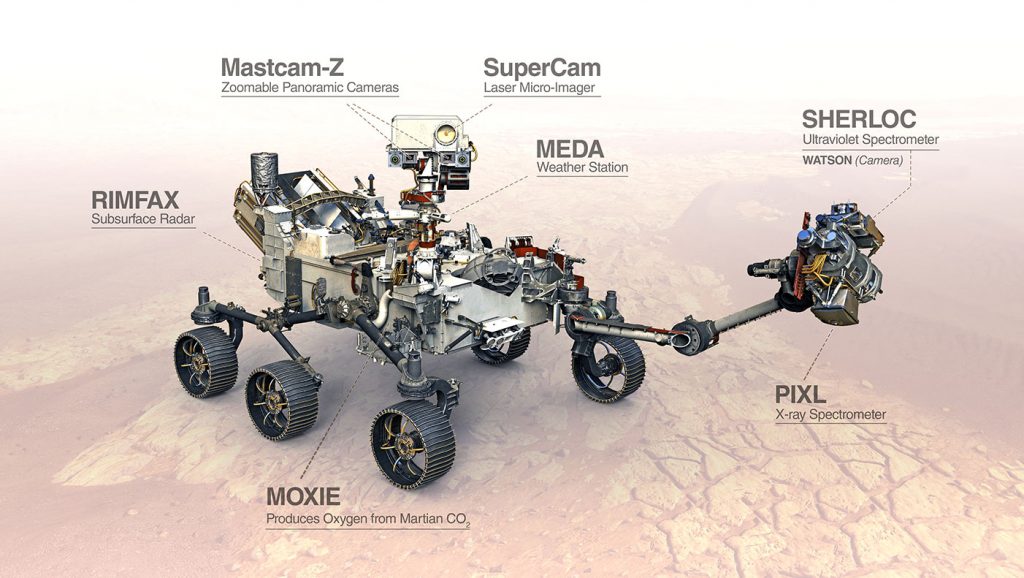 Learn about the Instruments on the Rover: https://mars.nasa.gov/mars2020/spacecraft/instruments/

5. Share information about some of the leaders of this mission

There are many more than those captured in my brief time with the leaders of this mission, but I captured some screenshots and quotes that you can share with your students

Some of the leaders and their message to students 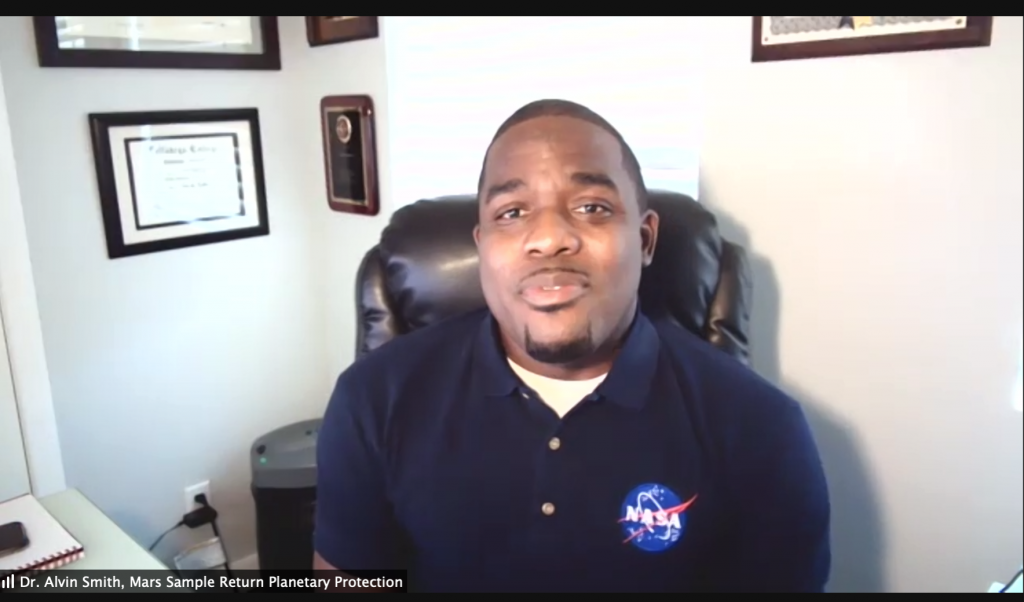 Dr. Alvin Smith
His Job: Planetary Protection for the Perseverance Mars rover and Mars Sample Return  (Mars sample return “break the chain technology)
His Message to Students:
We can do some big things. A lot of inspiration came from the Apollo mission and I think this mission is a lot like that one. How many astronauts and how many teachers were inspired by that mission. I want students to think big and think outside the box. “If you can conceive it, you can achieve it.”
Interesting note: His friends call him a real “Guardian of the Galaxy” because his job is to prevent cross-contamination of samples collected on Mars.
Learn More: https://planetaryprotection.jpl.nasa.gov/smith-bio 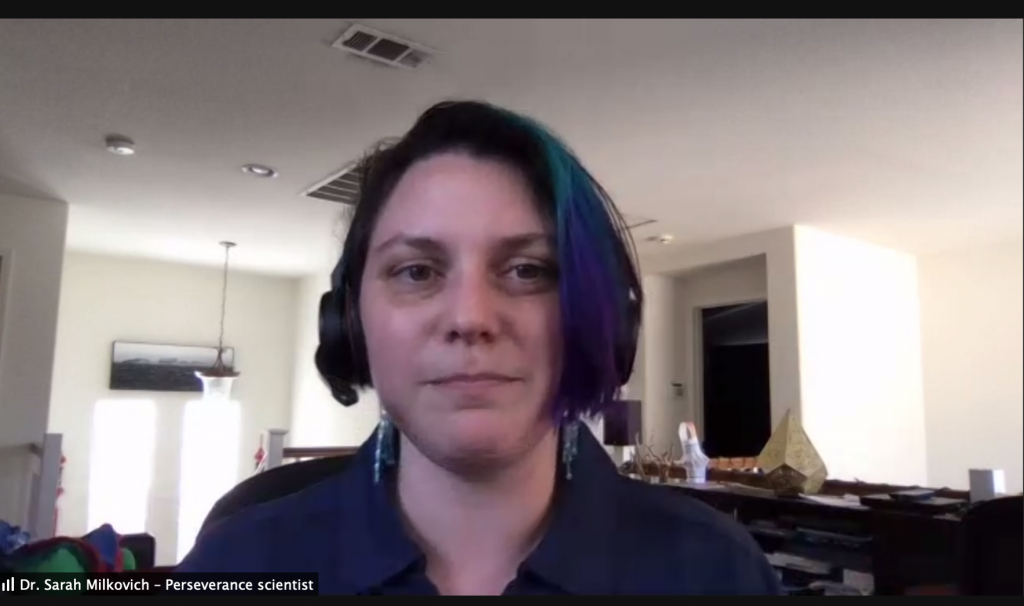 Dr. Sarah M. Milkovich
Her job: Perseverance Mars rover scientist
Her Message to Students:
“When you look at any of the pictures of the planetary surface, there are thousands of people who had to come together to make that happen. There are 460 scientists on the science team and thousands of people involved in the instruments from around the world. Wow. It is such a community endeavor.”
Interesting note: Many of the scientists and those involved in this project will be working from home on this day instead of being at Mission Control.
Learn More: https://mars.nasa.gov/people/profile/?id=11259 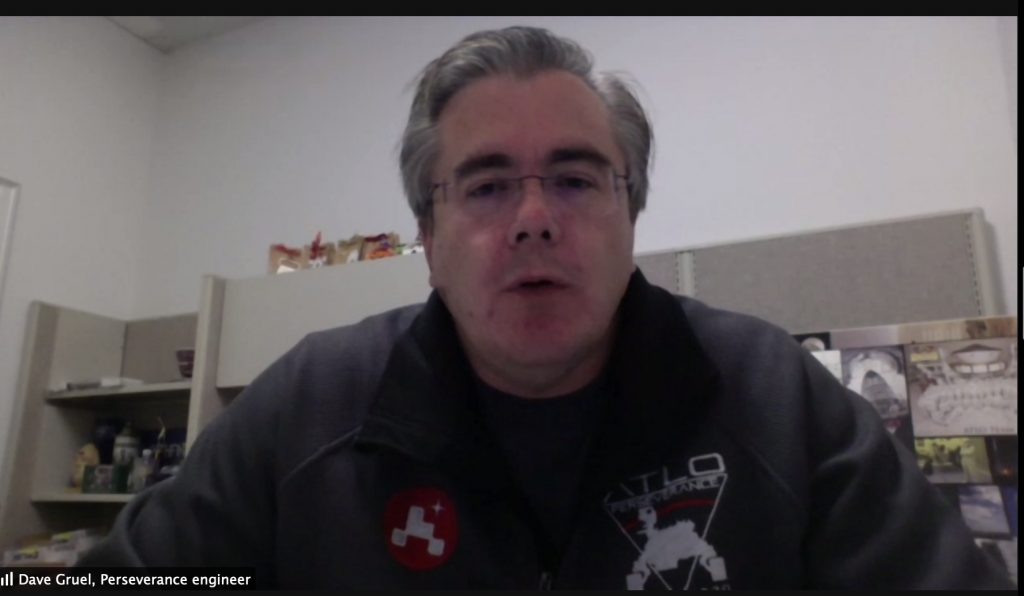 David Gruel
His Job:
Perseverance Mars rover engineer for assembly, test and launch operations (ATLO) and entry, descent and landing (EDL)
His Message to Students: “I’m always amazed that every time we do a mission, there is something exciting that we can learn. Who knows what exciting rock finds we are going to have on this mission? There’s so much more to learn! Get excited about science and try things that haven’t been done before. Don’t give up.”
Interesting Note: We are not sure how sound waves will propagate on Mars and how the microphones will work.
Learn More: 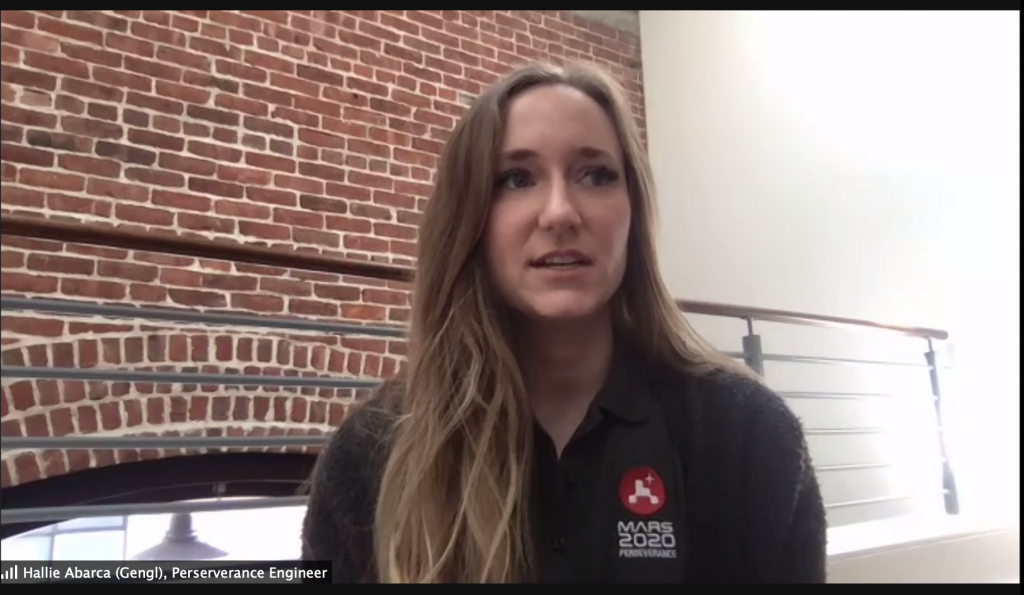 Hallie Gengl
Her Job:
Perseverance Mars rover imaging specialist
Her Message to Students: “We are doing this for humanity as a whole. Students have the opportunity to be part of something like this in the future.”
Interesting Note: Scientists and others can get very attached to rovers. This is called “anthropomorphism” when such a relationship exists. The last rover was operated and even driven backwards when some of the tires gave out until it could no longer be operated. It is not easy for scientists and engineers to see the end of a rover’s usefulness but they are excited about launching new ones and improving things on it so it can last longer and work better.
Learn More: https://mars.nasa.gov/people/profile/?id=22891 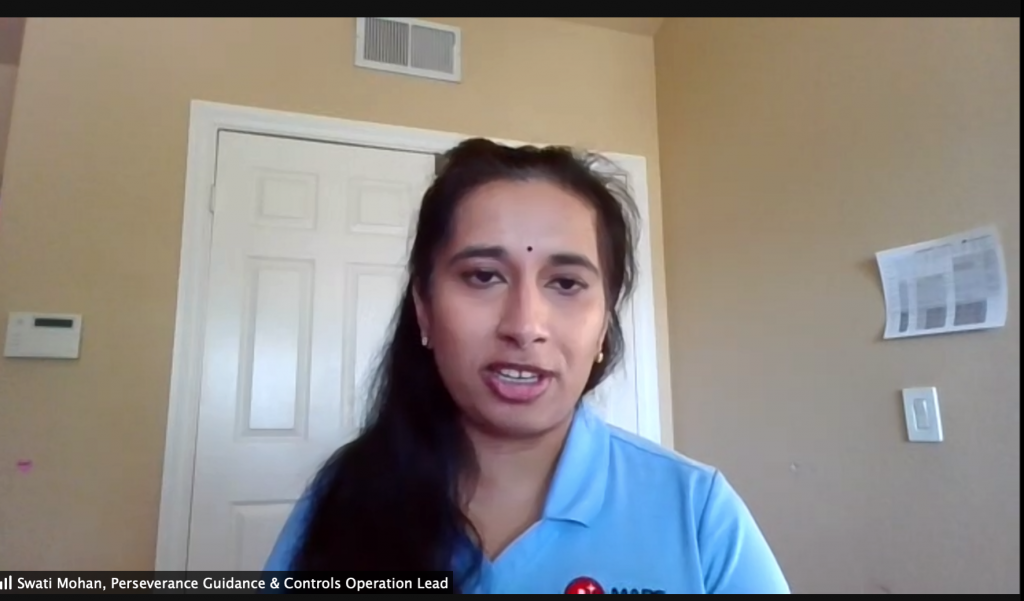 Swati Mohan
Her Job:
Perseverance Mars rover Guidance, Navigation, and Control Operations Lead
Her Message to Students: “Anything is possible if you have perseverance and passion. Never give up. It is that perseverance that helps help you reach your dreams and passion together.”
Interesting Note: The wheel will be handed off from NASA an hour before its landing. Perseverance has to do it on its own to land. It takes 11 minutes for light to travel between earth and Mars so it will take 22 minutes to know if there is a problem and for Perseverance reacts to it. There is another seven minutes from the top of the atmosphere down to the ground.
Learn More: https://mars.nasa.gov/people/profile/?id=22937
I’m excited about Thursday and am rooting for these guys!
This information was recorded  in a private session with NASA on Thursday, February 11th. 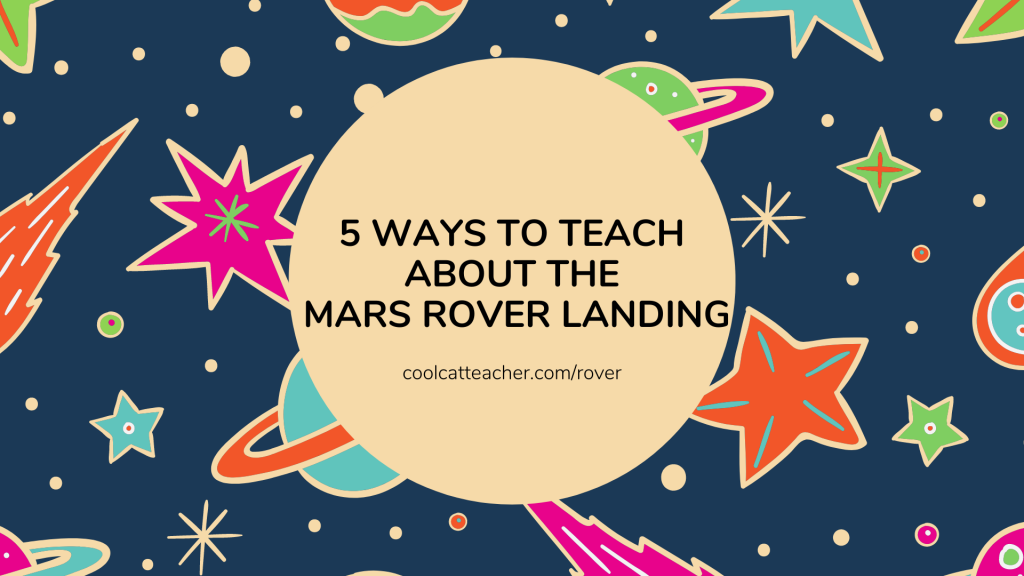 Comment | Share | Tweet | Share | Pin It | email
Categories: All Grades, Computer Science Teachers, Education, Elementary Grades 1-5 (Ages 6-10), Events, Gifted Teachers, High School Grades 9-12 (Ages 13-18), Innovation, Lesson Plans, Maker Movement, Math Teachers, Middle / Junior High Grades 6-8 (Ages 10-13), Project Based Learning, Science Teachers, STEM, Teachers, Web Tools, Writing
Disclosure of Material Connection: Some of the links in the post above are “affiliate links.” This means if you click on the link and purchase the item, I will receive an affiliate commission. Regardless, I only recommend products or services I use personally and believe will add value to my readers. I am disclosing this in accordance with the Federal Trade Commission’s 16 CFR, Part 255: “Guides Concerning the Use of Endorsements and Testimonials in Advertising.”