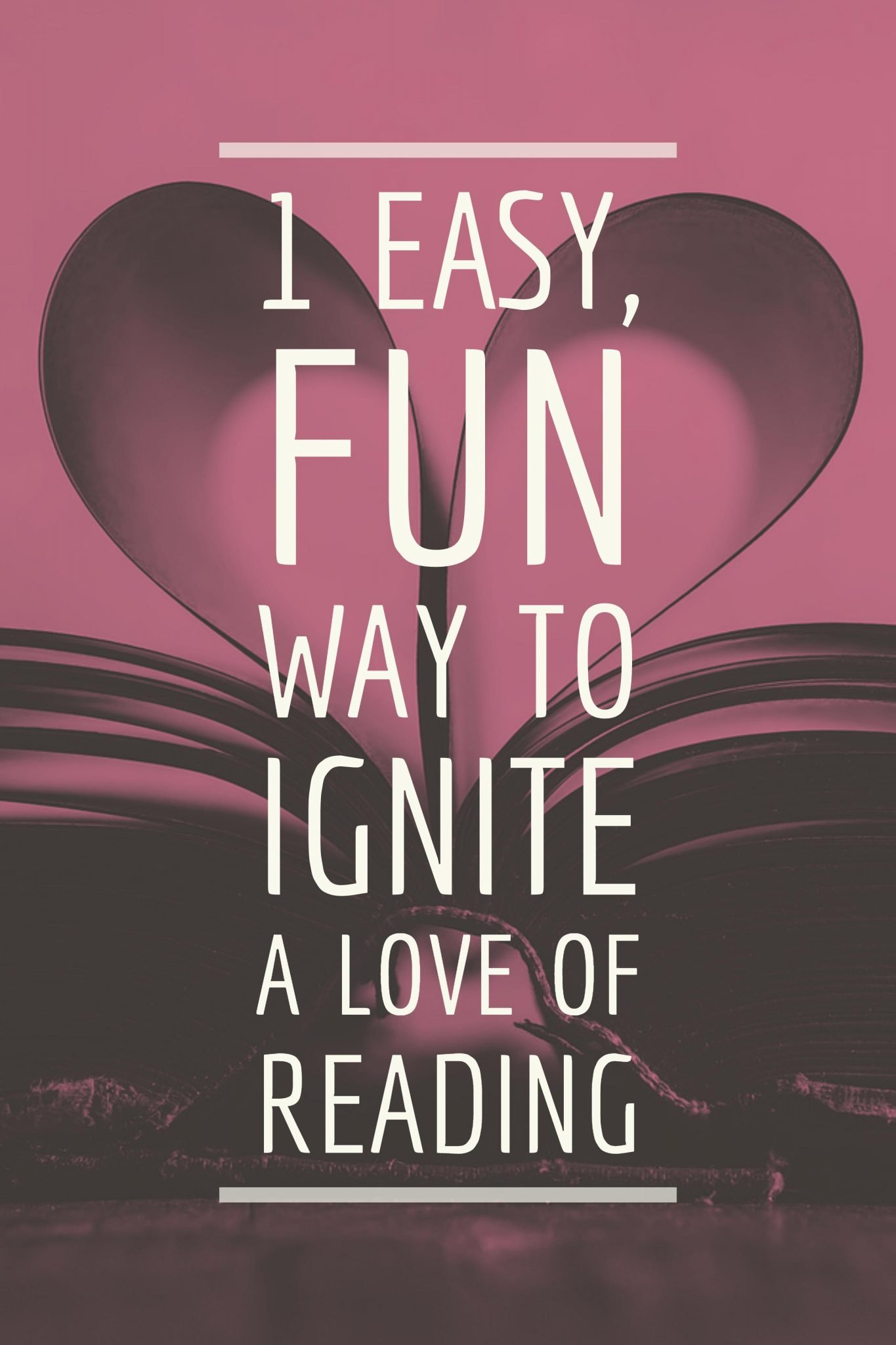 1 Easy, Fun Way to Ignite a Love of Reading

He was dyslexic. I'm not sure if there is such a thing is “very” dyslexic. If there was, he was.

I had a trick that worked with my older children. But would it work for him?

The “trick” was simple. On a long trip, I would start reading the Chronicles of Narnia. I would put as much excitement and energy my reading as I could. Usually, I would read for thirty minutes to an hour each day on the book.

I would wait until the kids were fascinated by the book. I could tell. For example, when we would stop for gas, the moment we were back in the car, they'd beg for me to read again. It was almost cruel to stop reading right there. But that is what I did.

I would yawn, stretch my arms, and say,

“You know what? I'm really tired.”

I would hear howls from the backseat.

They wanted to know what happened next.

So, I would turn around and say,

“Read it for yourself. I won't stop you.”

(My older two kids never asked why I happened to have two copies of the book with me on the trip!)

And with that, there was no stopping them. My kids read. And read. And read. Within weeks, they would be finished with the whole series. That summer, each of them read thousands of pages of books.

I can't take credit for this idea. My fifth-grade teacher Ginger Collins used it on me.

Mrs. Collins was very pregnant. Huge. Miserable. On those hot South Georgia days, she would sit in her rocking chair. She read A Wrinkle in Time to us. Sometimes we got a chapter; sometimes we got a little less.

But I remember getting frustrated when the book got great. I HAD TO KNOW WHAT HAPPENED! So I went to library got the book and finished it. It was such a good book that even though she read it after I finished it, I still enjoyed it the second time.

That was the beginning my journey. There was no stopping me. The summer after fifth grade, I read everything. From Homer to James Michener, I inhaled books.

So, would this work with a child who struggled with dyslexia?

I only needed one copy of Narnia, but that summer changed everything. There was no stopping my youngest child. He became an amazing reader. He still is.

To be fair, I have to note, this event was the turning point. But this was not the FIRST time I read to the kids.

To put it simply, I read with all of my children until they were motivated to read for themselves. But it took a challenging book a bit past their reading level and several hours in the car.

Taking time to read shows kids that it's important. We read to them just about from the moment they were born. Books represented warm, snuggly time with parents who loved them. But in that plot twist moment in the car, books became riveting.

So, on your next trip — put up those movies! Put up those games! Read! It might just be the most worthwhile trip you'll ever take. You may just start your child on a journey that lasts a lifetime.

[callout]This post is part of the Global Search for Education series with Cathy Rubin of CM Rubin World. Be sure to find out all the answers on her blog. [/callout]

I love this idea! Growing up my teachers read to me at the end of the day, but I never developed a sense of love for reading. I longed for this throughout high school and college. Everyone talked about how much they loved reading and I just could not get into reading. I tried several genres of books, long/short, pictures, and nothing interested me. I still have trouble getting interested in books, but I have found ONE author that I absolutely love! I feel that “I can not put it down and I need to read more now” feeling when I read her books. I wished that I felt that way about everything I read because I love to learn new and interesting things no matter what it is about.

What a creative way of sparking a love of reading! So often we as parents attempt to pacify our children during long road trips as a means to preserve our own sanity. However, I love that you took advantage of this opportunity to read with your children and model its importance. As a mother and future educator, I believe that any moment can be a teachable one. This is a great example of that in action!

Your choice to leave them craving more was a clever constructivist approach to engaging them in the reading process. Kudos mom! My girls and I will be taking a road trip next week, I cant wait to try this reading tip with my own girls. Thanks for sharing!

Let me know how it goes Jessica!

Worked like a charm! My oldest daughter, 8 years old, was chomping at the bit to hear more every time I stopped reading. She was a little resistant to reading herself because she claimed “it wasn’t as fun.” However, she couldn’t resist and once she began reading she simply could not get enough!

Thanks again for sharing this clever tip!

You made my day!! It so works! Mine weren’t eager readers but one summer of this and wow! ;-) well done!

I love this. A little manipulation never hurt anyone! My dad was the one who read to us. We also read in the car. I had to read to my mom to help me. Paddington Bear and Little House on the Prairie. I became a reader because of them.

Ah, I hate to think of it as manipulation! More as inspiration! I talked to my older daughter about it and she said – “but mom I WANTED to read that book.” ;-)

How awesome and simple! My mother would read to me every night as a way of jump starting my love for reading. But, this example is perfect for those who are not very interested in reading! I can see pinpointing a part of the text that gets your heart pumping and reading it aloud with the same intensity, then just being like hm and pretend to close the book. I bet that would make a child feel like they have to know what happened! I am bad about picking up a book and literally keeping it by my side until I am finished because of that feeling. My son is only five months old, but I am still reading to him, showing him the pictures, and doing the voices just like my mother did for me. But, if he turns out like my husband, then I will definitely have this example in the back of my head to try! I just absolutely love it!

I love this idea so much! I grew up loving to read. During the summer, my mom would take me to book stores at least once a week. As soon as I walked in, I would smile. I loved the smell of books. During the summer while in high school (and still now) I would go outside and lay out while reading a good book. I’m the type of person that I have to know what happens in the book or I won’t be able to stop thinking about it. It’s not uncommon for me to read a whole book in one sitting (I have grown into a fast reader in all my years of reading). My love for reading all comes down to my mother. She loves to read and as far back as I can remember she has always pushed me to be a reader and has showed me books that she thought I would enjoy. I’m so glad she put time into me enjoying books and being a book lover like she is.

Way to go to your Mom!!! What a great story, Meaghan – may this summer be another great summer of books!

This is a great idea! Never under estimate the power of curiosity! I remember many of my teachers reading in class, even through highschool. If I enjoyed the book, I too would get it from the library and finish it outside of class. I have always loved reading, and as and English teacher, it pains me when people tell me they don’t enjoy it. I have never thought of reading out loud as a way to teach a love for reading, but I am going to have to try this!

I think that a love of reading is like the love of many things — it is contagious!